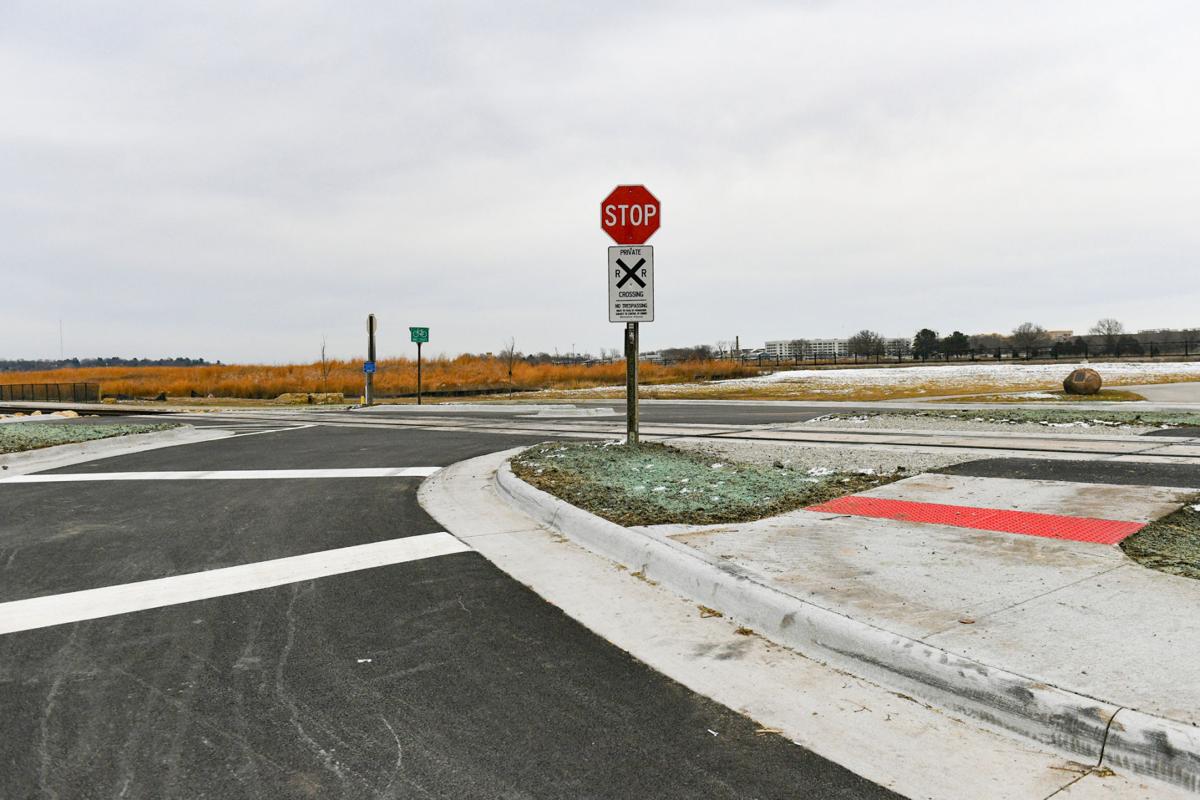 DAVENPORT, IOWA – Shy of two years after Canadian Pacific Railroad raised its tracks as much as 3 feet in some areas of downtown Davenport due to record, prolonged flooding, work is wrapping up to restore access to the riverfront.

“We wanted to assure that the riverfront was as accessible, if not more so, than before,” said Steve Ahrens, executive director of the Riverfront Improvement Commission. “In the end … residents and visitors will see in many cases these crossings … provide an improvement, albeit different, to Davenport’s riverfront.”

As the Mississippi River was on a swift rise in the spring of 2019, workers and equipment from the railroad arrived in Davenport to raise tracks throughout the downtown to keep trains and freight moving in floodwater up to 21 feet.

The city of Davenport created a task force of four aldermen and four members of the Riverfront Improvement Commission. The group met for several months to ensure Canadian Pacific’s plans for restoring the crossings met city expectations, including having Canadian Pacific agree to replace a several-block section of the riverfront bike and pedestrian path that was disrupted by the raising of rails.

“I think that those (negotiations) were helpful to help guide and, basically, make lemonade out of lemons,” said Ahrens, who served on the task force.

Rather than raising just portions at the crossings themselves, the railroad elevated the path that runs parallel to the tracks from Ripley to Pershing to the same elevation and grade to prevent the creation of an “undulating” bike path, Ahrens said.

As a result of the work, “some very nice vistas were created, particularly between Ripley and Harrison” streets, he said.

“It makes for some nice lookout points over LeClaire Park into the Mississippi River,” Ahrens said.

To avoid possible interruptions in traffic flow at Modern Woodmen Park during peak season, the crossings at Gaines Street and Pershing Avenue were the last to be restored, with both set to open this week, said city Public Works Director Nicole Gleason.

“There will still be a single lane closure around River’s Edge,” Gleason said. “We’re still expecting that to be open by the end of the year.”

In addition, resurfacing of the parking lot across from Front Street Brewery will finish up this spring, “but we will allow use over the winter,” Gleason said.

Work along River Drive just east of Marquette Street, which is tied to the work to replace a 1930s sewer line and ongoing demolition of the Kraft Foods plant, should also wrap up this spring, Gleason said.

Located along a busy section of River Drive, the park entrance had to be reconfigured to produce proper grades for the raised crossing and remained closed for more than a year before recently reopening.

The new “hammer head” design will provide space just inside the park for buses and emergency vehicles to back up, with right-turn-only access to enter and exit the park.

Ahrens and other city officials say the improvements will help prepare for the arrival of new riverboat cruise ships in 2021 and 2022.

“We appreciate the city’s open dialogue to create innovative crossing designs that work well for motorists, bicycles and pedestrians, while enabling essential commerce to continue moving over the rail corridor during major flood events,” Canadian Pacific said in an emailed statement.

City officials briefly raised the possibility of establishing “quiet zones” as part of the railroad crossing upgrades. But the installation of crossing arms, warning lights and concrete islands to mitigate the risk caused by not sounding a train’s horn at the crossings remained cost prohibitive at about $250,000 per crossing, Ahrens said.

While some concessions had to be made, including the loss of vehicle access on the south side of Union Station because of the steep gradient needed to get up Ripley and Harrison to get over the tracks into LeClaire Park, in the end Davenport city officials said they are pleasantly surprised by the results.

“We have a renewed canvas to kind of work with our Main Street Landing vision,” Alderman Kyle Gripp, at-large, who served on the task force, said of plans to create a multi-million dollar world-class, destination outdoor playground along two acres of riverfront property near the foot of the Sky Bridge, between Harrison Street and Pershing Avenue.

Those plans, however, are on hold pending the results of an ongoing city flood protection study expected to be completed by the end of the next calendar year.

“Depending on where that flood protection happens will depend on how important these infrastructure upgrades will be,” Gripp said.

Regardless, “in the interim, you have fresh infrastructure down there and it looks upgraded … and it was done at the cost of the railroad, and credit to the railroad for their willingness to engage with us … to get the riverfront where it is today,” Gripp said.