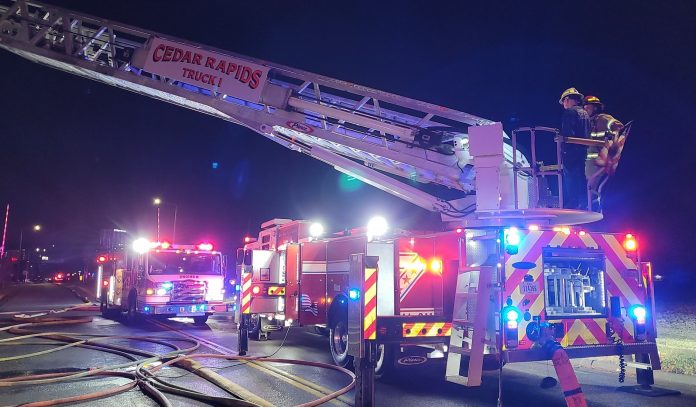 Cedar Rapids Fire Department crews responded to a report of a building fire.

The responding crews discovered that the blaze burned through and collapsed a large section of the roof.

Officials said that the building sustained severe fire, smoke and water damage to the majority of the structure.

First responders blocked several streets in the area of the fire.

No injuries were reported, officials said.