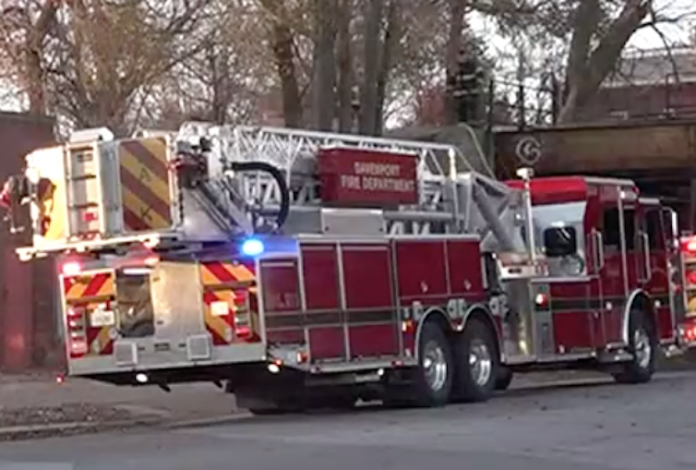 Davenport, IOWA – According to the Davenport Fire Department, this unfortunate incident occurred right after 4 p.m. Sunday.

It happened at the corner of Fillmore and West 4th Street.

Davenport Fire Department crews responded to a report of a structure fire.

The crews were able to quickly extinguish the fire.

The responding crews discovered that the fire started on the train tracks above and spread to the unoccupied building below.