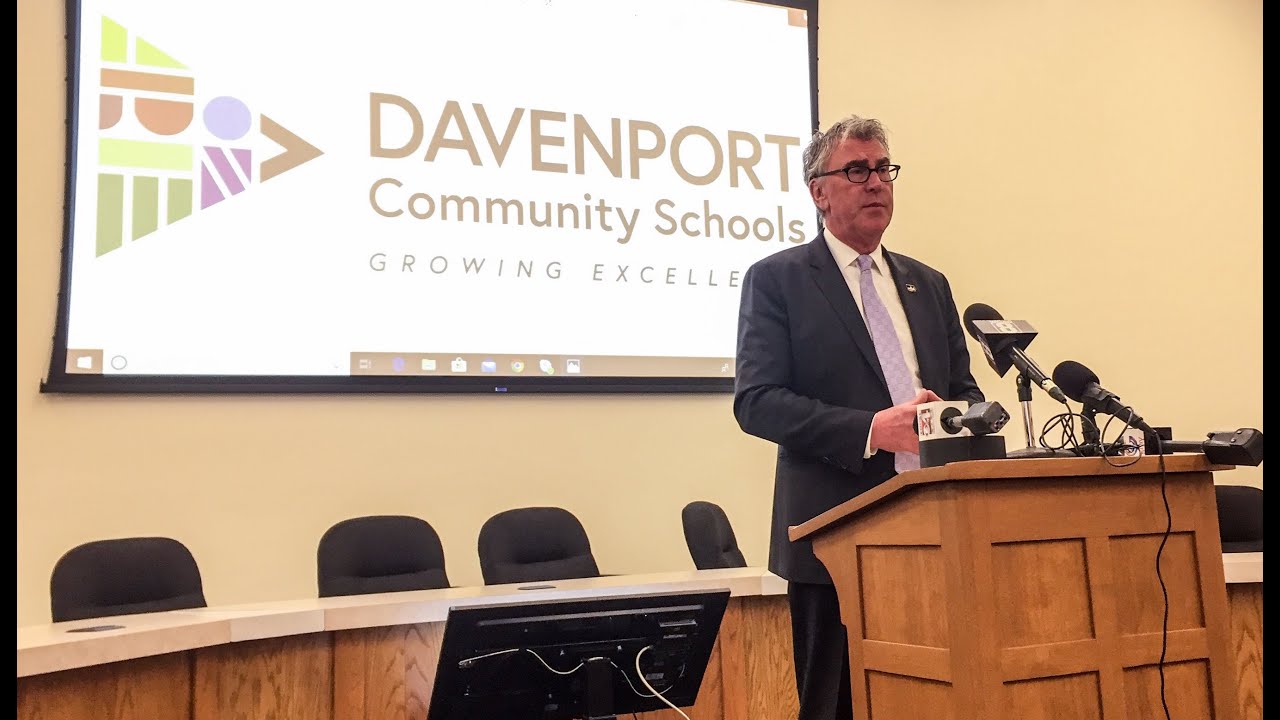 Kobylski was hired by the district to replace Art Tate, but the state of Iowa recently put T.J. Schneckloth in charge as interim superintendent as part of an ongoing effort to address noncompliance issues identified during state audits of the district’s operations. These issues included providing equitable education for Black students.

Kobylski continued with the Davenport schools afterward, but was working off site under the direction of the interim leadership.

With the vote — at Monday night’s regular board meeting — Kobylski’s retirement becomes effective retroactively to Dec. 7. The vote, with all board members present, was unanimous and without discussion.

The vote accepted and approved two items: Kobylski’s retirement letter and an agreement that detailed his and the district’s responsibilities to each other in enacting the separation. Copies of both are available for review on the newspapers’ websites.

The retirement agreement states that Kobylski, whose contract did not expire until June 30, 2022, will be allowed to enroll in an early retirement program recently adopted by the district.

The retirement program was modified in a few areas, with the changes to apply solely to Kobylski, not the other participants.

One of these changes was altering the early retirement benefit payments portion of the plan. Unlike the other participants receiving it, Kobylski will receive a one-time payment of $57,000, the document states.

The incentive plan, which was also included in the agenda, states that the normal early retirement benefit for those who receive it is $50,000 paid out in increments of $10,000 over five years. Depending on the employee, it is either payable into a health reimbursement account or a “403(b) special pay plan.”