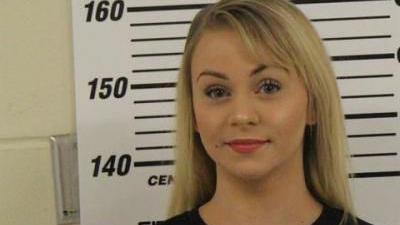 DAVENPORT, IOWA – A Davenport woman was arrested Monday and charged with multiple acts of child endangerment after investigators determined her 2-year-old child suffered a perforated bowel and several rib fractures earlier this year.

Taylor Rae Moss, 25, was booked into the Scott County Jail on a count of child endangerment-multiple acts. The Class B felony is punishable by up to 25 years in prison.

Bond was set Monday morning at $50,000, and Moss is scheduled for a preliminary hearing Dec. 17.

The case unfolded July 12 after the Davenport Police Department started an investigation involving an unresponsive 2-year-old child at Genesis Hospital. The child was diagnosed with a perforated bowel, and an abdomen X-ray showed the child had rib fractures of varying ages.

The child was transferred to the University Of Iowa Hospitals and Clinics because of the severity of his injuries and was not discharged until Aug. 4.

During the investigation, Moss said she gave the child a bath and believed he inhaled some water.

The child started vomiting and then became motionless. Police said Moss admitted she thought the child was dying and instead of calling 911, she placed the child in an ice bath to try to revive him.

The defendant eventually called 911, following the advice of her boyfriend’s mother. Moss admitted she and her boyfriend had been the only caretakers for the child since March.

During the investigation, doctors determined the child suffered a perforated bowel. Because of the severity of the injury, a 30-centimeter section of the bowel was removed. Investigators said the injury was caused by high-energy bursting forces or direct blows to the abdomen.

Police said there might have been multiple instances of abuse.