Disabled boy dies after being left alone in hot car for 2 hours in the afternoon. He “was gravely mistreated” 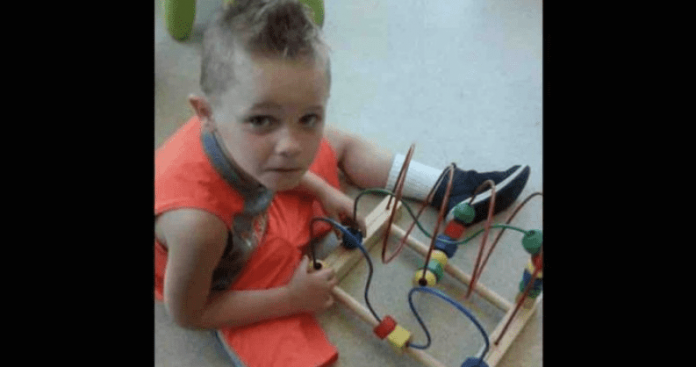 A staff member, entrusted with the responsibility of caring for a disabled boy, became the reason for the child’s unexpected death and for a family to now deal with an unbearable loss. The 11-year-old boy lost his life after being left alone in a hot car for a couple of hours in the middle of the day. Initial reports said his age was 9, but the family later revealed that he was 11.

As he sat inside the parking lot in Utah, Joshua was all alone in the vehicle on a sweltering hot day in the afternoon hours. The temperature that day (July 21, 2021), climbed up to around 94 degrees, and Joshua would have suffered immense distress in the final moments of his life.

Two hours after being left in the car, the disabled boy was found dead inside the vehicle outside Roost Services, which is a care provider for people with disabilities, just like Joshua. Emergency personnel arrived at the scene in the afternoon at around 1:30 pm. “It’s an absolute tragic event that’s very difficult for all those involved — staff, family, first responders — some of the officers and firefighters who responded were really affected,” said Police Lt. Christensen.

Describing the young boy, who was grossly neglected, the family added, “There are no words to describe the devastation my family is feeling right now. Josh was a loving child who needed extra care, and was gravely mistreated. What Josh endured in his final hours is unspeakable, and nothing I would ever wish on someone else.”

Currently, investigations are going on to find out exactly what led to Joshua’s death. “That’s part of what we’re trying to figure out is how and why he was still in the vehicle, we’re not completely certain on that,” Christensen said. “The vehicle was turned off, all the windows were rolled up and all the doors were closed.

Christensen added, “Everybody involved is taking this very hard, anytime it involves a child, they are very difficult things.”

Hoping to raise money for Joshua’s funeral, the family set up the GoFundMe page that has so far reasied $20,321.

“This was not anything we could have expected, and right now we need help,” the fundraiser said. “We do not have the money to cover funeral services to be able to lay Josh to rest the way we would like to. If you are able to donate anything at all, my family would be forever grateful. The donations will be going directly to his parents.  Rest In Peace Josh, you are very loved.”