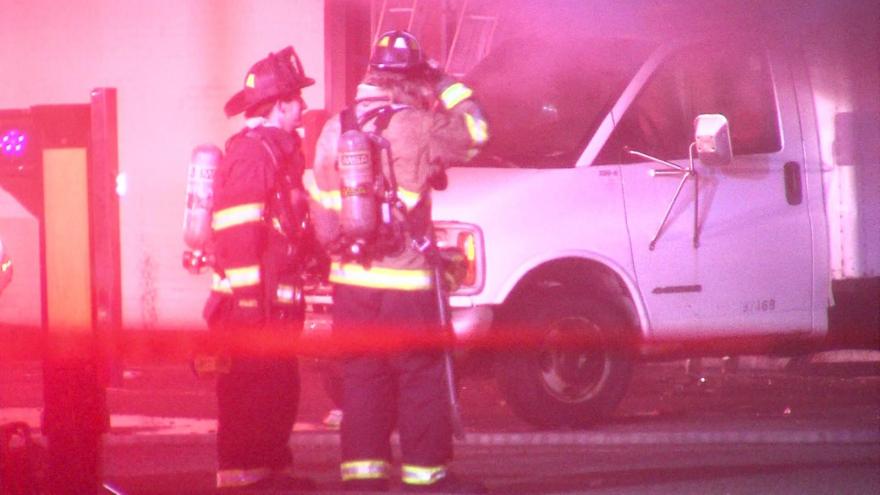 DAVENPORT, IOWA – The Davenport Fire Department has released more information about the fire at the Simply Amish furniture store.

According to the fire department, when crews first arrived they found heavy fire conditions from the loading dock area and heavy smoke from the roof. An additional truck company was called in when they realized the size of the fire.

Fire fighters first attacked the fire from the outside of the building and cut holes in the roof for ventilation.

Once the fire was reduced, they were able to enter the building to fully extinguish the fire.

There was significant smoke and fire damage to the building and the contents within the store.

Crews will remain at the scene to extinguish any hot spots and to investigate a cause to the fire.

Traffic is no longer being detoured to avoid the area.

Truck rolls over into creek in Davenport

DAVENPORT, Iowa - Davenport police are on the scene of a rollover accident in the area of Kimberly and Wisconsin Avenues Sunday around 5...
Read more
Local News

A bicyclist died in Davenport, Iowa, when he crashed into a car. Police say the crash took place about 10 p.m. when a motorized bicycle...
Read more
Local News

DAVENPORT, IOWA - The Davenport Community School District's school board has approved the retirement package of Robert Kobylski, the district’s contracted superintendent. Kobylski was hired by the district to...
Read more