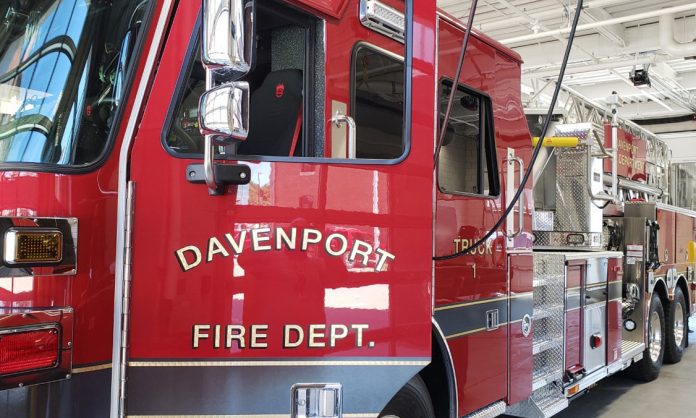 Davenport, IOWA – According to the Davenport Fire Department, this unfortunate incident occurred right after 12 p.m. Sunday.

It happened near the intersection of Rockingham Road and Nevada Avenue.

Davenport Fire Department crews responded to a report of a structure fire.

The responding crew saw smoke coming from the garage.

They were able to extinguish the blaze in just 20 minutes.

No one was injured in this incident, officials said.