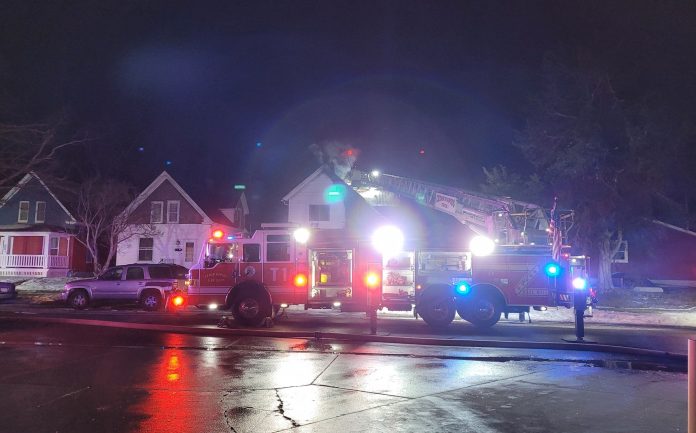 Cedar Rapids Fire Department crews responded to a report of a house fire.

The responding crews saw flames and smoke coming out of the home.

They were not able to stop flames from heavily damaging the home.

No one was injured in this incident, CRFD officials said.

One of the residents dialed 911 after discovering fire outside.

It’s a single-family design coverted to a multi-room apartment and has been renovated multiple times.

The Fire Department said that five residents were displaced from their home.