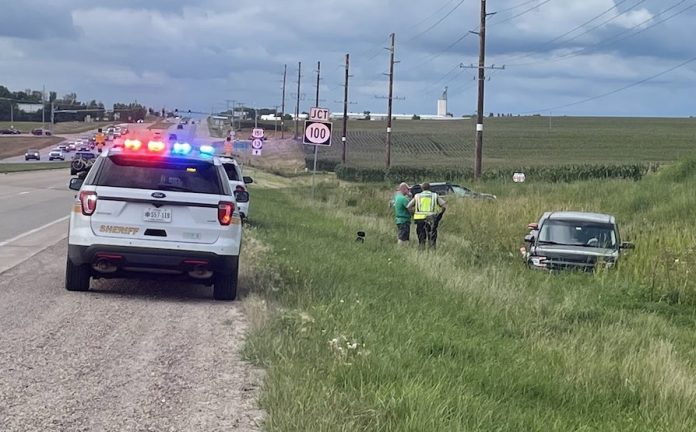 It happened on Highway 13 just north of Martin Creek Rd.

The responding crews discovered that Ford Flex and GMC Acadia crashed at the location.

Both vehicles were southbound on highway 13 in the inside lane.

The driver of the Acadia made a sudden left turn into a farm field cut over, was struck from behind by the Ford Flex and both vehicles came to rest across the northbound lanes and in the east ditch.

The driver of the Ford Flex, later identified as Joseph McCarthy, was not injured.

The driver of the GMC Acadia, later identified as Valerie Williams, suffered minor injuries and was taken to a hospital for treatment.

McCarthy was cited for following too close, LCSO officials said.