‘Porch pirates’ are on the prowl for holiday packages; How to keep your presents safe 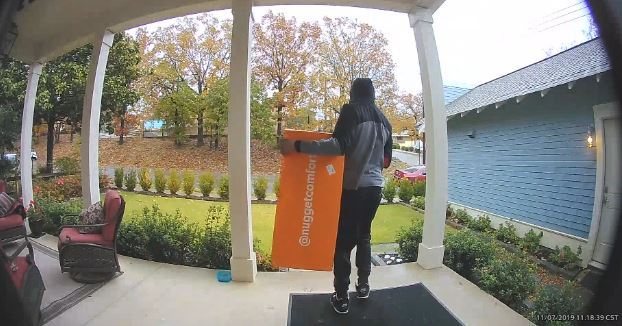 DAVENPORT, IOWA – Thieves, or what some call “porch pirates” are striking local homes as Christmas presents start to arrive.

Brunner and her sister had toys and clothes stolen on Saturday from their porch. A video from their security cameras shows the theif wearing a gray sweatshirt picking up the packages, while another video from a neighbor shows the black car he took off in.

“They don’t see the person that they are effecting. They’re just seeing a package on a door step and saying oh I want that. I’m going to take that,” Brunner said.

She posted about the packages on Facebook to raise awareness and send a message.

“[Hopefully] deter them from maybe doing that,” she said. “This is kind of a warning. Don’t do this. It actually makes people sad.”

“We do usually see a little uptick in this type of porch pirating as some people call it,” he said.

Davis said with as more people shop online during this time, there’s a greater risk.

“And maybe some of the stores having more online sales,” he said. “So there’s much more being delivered to houses.”

Aside from using security cameras, he gave this advice to keep presents safe:

An estimated one third of Americans had a package stolen in 2019.