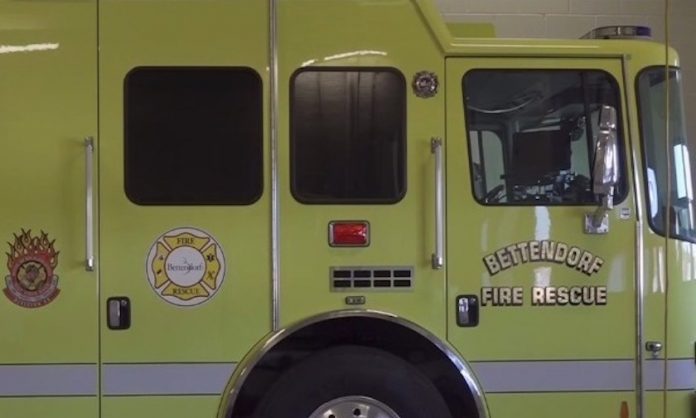 Bettendorf, IOWA – According to the statement, this unfortunate incident occurred around 11:15 p.m. Saturday.

It happened at 6484 Eagle Ridge Road.

Bettendorf Fire Department crews responded to a report of a house fire.

The responding crews discovered that the back of the residence was heavily involved in fire.

Authorities say that the male occupant of the home was able to escape.

Unfortunately, the female occupant was unable to escape and died in the fire.

The State Fire Marshal’s Office is investigating this incident.