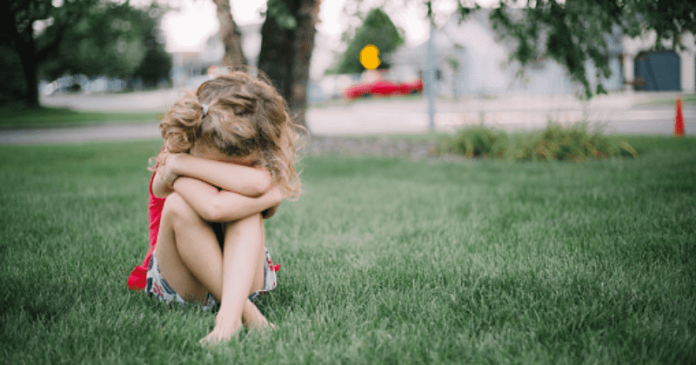 A 14-year-old boy has been held in the murder of a six-year-old child from northern Indiana. The boy, who remains unidentified, strangled the little girl to death and claimed that he was controlled by a “shadowy man” who instructed him to kill the girl. He has been accused of child molestation and murder of the little girl. The girl was reported as missing in New Carlisle and her body was later found in the wooded area near Chapman Drive. An autopsy found that the cause of her death was homicide by asphyxiation.

The same day, the boy was taken into custody by the County Metro Homicide Unit. The boy’s mother brought her child forward to the police after the body was found. The police questioned the boy who told them that Grace had followed him into the woods. He then wandered and had lost track of her.

He then went on to explain that a “shadowy man” was controlling him and had made him strangle the little girl. He confessed that he even checked to see if Grace was dead and tried to feel a pulse to confirm. He allegedly said he felt Grace’s soul or spirit leave her body. His mother was present with him during the questioning.

The boy explained that he fled from the woods after killing Grace and ran home. He is said to have changed out his soiled clothes and then took a shower. He hid the clothes behind the bathroom door and put on fresh clothes. His hands were stained with blood. The boy was then transported to the Juvenile Justice Center where he was detained. The interview of the boy and the evidence turned in by his mother were used in the case. The boy faces two counts of murder and one count of child molestation. It is unclear if the kids knew each other before the incident.

“It’s unbelievable what the parents must be going through,” neighbor Wendell Chitwood said. “Both – parents of both the victim and the and the person who did the horrible deed.” Another neighbor stated, “I know what he did was vicious and horrible. I guess at that age I hope for rehabilitation.” The boy is awaiting psychological evaluation test results. This will also be taken into consideration before the decision of whether or not he’ll be tried as an adult. The hearing has been postponed to May 13 for this reason.

Initially, the boy’s attorneys requested details of the case to remain sealed owing to the high-profile nature of the killing. They believed it could introduce “prejudice” into their client’s case. St. Joseph County Probate Court Magistrate Graham Polando stated that Indiana law is clear that juvenile court proceedings can be made public if the offense would be murder or a felony if committed by an adult.

He added that there was no law that could stop details of this case from being made public. “We conclude that the public’s interest in information regarding the basis for this ongoing matter supports our release of this particular document in this case,” the prosecutor’s office said in a statement as the documents were released.