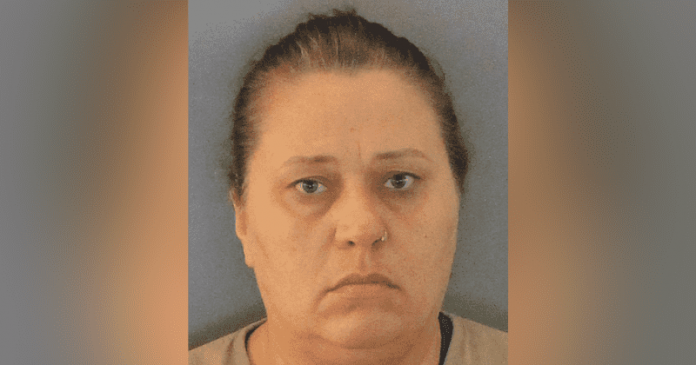 A Florida woman is accused of crashing a teenager’s birthday and raping a 17-year-old boy after plying him with alcohol. The party, celebrating the birthday of a 16-year-old, started off at a bowling alley before moving to a house. Meanwhile, she was out drinking with another friend and eventually decided to show up at the teenager’s party. At some point, the friend went to sleep, while the suspect continued staying up with the youngsters and made inappropriate sexual comments. She went as far as calling a 12-year-old girl “a who***.”

While spending time with the youngsters, Jessica even suggested the idea of the 12-year-old having sex with an older boy because “he has the biggest d***.”

One girl at the party, aged 12, spoke about how she fell asleep on a bean bag chair and later woke up to hear strange sexual sounds. What she saw when she opened her eyes was the sight of Jessica having sex with the 17-year-old boy just arm’s length away from her.

As she later spoke to the police, the 12-year-old girl said the teenage boy whispered to her and asked for help. She then saw the teenage boy get up from the spot and go to the bathroom to puke. Once he came back to the spot, the sexual activity reportedly resumed.

“[The girl] stated the sex was mutual and they were both actively engaged in it. Neither of them was telling the other to stop, and both were moving.”

However, when the 17-year-old boy spoke to authorities, he said he had fallen asleep on a loveseat after the party was over. That’s when Jessica came up to him and started raping him. And he “could not push her off of him because she was too heavy,” the boy said.

Jessica then picked up her clothes once she was done and then left the house with her belongings, according to a press release put out by Charlotte County Sheriff’s Office.

The incident came to light after the victim spoke to a staff member at his school about what happened at the party. Soon, the police were informed, and Jessica was arrested outside her workplace on May 11. When Jessica was questioned about the incidents that took place on the night of the party, she claimed she blacked out after drinking with her friend and couldn’t recollect what happened later. She also claimed to have remembered waking up on the loveseat at some point and found the teenage boy having sex with her.

Jessica currently remains at the Charlotte County Jail on a bond of $150,000. She is facing charges of two counts of Child Abuse and two counts of Unlawful Sexual Activity with a Minor.