30-year-old woman ghosts 22-year-old autistic man after sex, then gets her pals to kill him 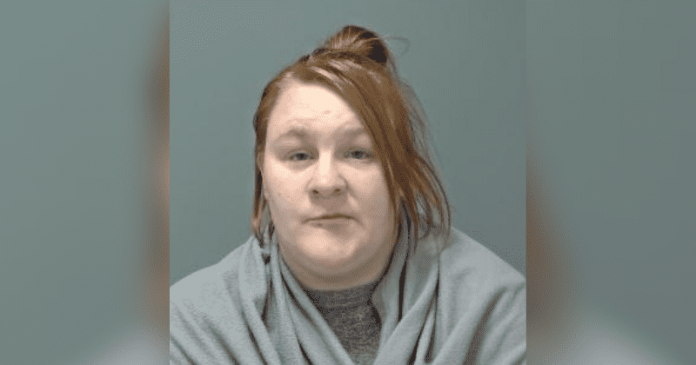 A woman in England was handed a life sentence after she had sex with an autistic man and encouraged her friends to murder him. 30-year-old Becki West-Davidson reportedly slept with a vulnerable 22-year-old man named Joe Pooley, who needed the support of his family. When he began making protestations of love, she tried to “ghost” him by ignoring his messages, the Ipswich Crown Court heard. Pooley acknowledged her lack of response by saying he was not surprised that she did not live with her kids. This comment enraged West-Davidson, who planned a revenge attack on an unsuspecting Pooley.

Her friends 31-year-old Sean Palmer and 35-year-old Sebastian Smith brutally attacked the 22-year-old before throwing him into the River Gipping in Ipswich, Suffolk. Unfortunately, Pooley could not make it out of the water and ended up drowning. His body was found almost a week after the attack on August 7, 2018, by a dog walker.

During the time Pooley was missing, Smith had reportedly joined the victim’s family in their search for him. But later he allegedly confessed to a friend that he had taken Pooley to the woods just a week before his death and ordered him to “dig his own grave.”

As for Palmer, he confessed to his mother about holding Pooley underwater later. Meanwhile, West-Davidson pretended to be grief-stricken when Pooley’s body was found. She even hugged his mother who regarded the 30-year-old as one of her son’s friends at a memorial service. Initially, the trio denied murder charges, however following a four-month trial they were found guilty. Jurors were told how West-Davidson and Pooley had sexual intercourse at her flat and soon after the victim began sending loving and affectionate messages to her, it “stoked her anger and hostility.”

Next, Pooley sent her a message that referenced her kids not living with her. “No wonder you ain’t with your kids,” read the message that made West-Davidson “so angry” that she “smashed up her room.” To avenge this remark, she lured Pooley to a meeting after which Smith and Palmer walked him home before attacking him beside the river. Following the murder, she tried to cover up the crime by deleting a number of Facebook messages, one of which read “You’re fu***d, mate.”

When Judge Martyn Levett was satisfied that West-Davidson was the one who encouraged the attack, she was ordered to served 17 years behind bars. Both Smith and Palmer were jailed for life with Smith being ordered to serve a minimum of 21 years and Palmer 18 years. “There is no doubt in my mind that you encouraged the attack on Joe Pooley. The sad thing is that he was only after a loving heart, but you betrayed his heart,” said the judge during the sentencing.

“You were part of a group of people who accepted Joe when it suited you, but no sooner had that been done, you rejected him.” Pooley’s heartbroken mother Sam Nicholls gave her victim impact statement and revealed that her son had learning disabilities which kept getting more challenging as he grew up. “He was desperate for friends but was sadly unable to tell that people around him were not friends,” noted the grieving mother.