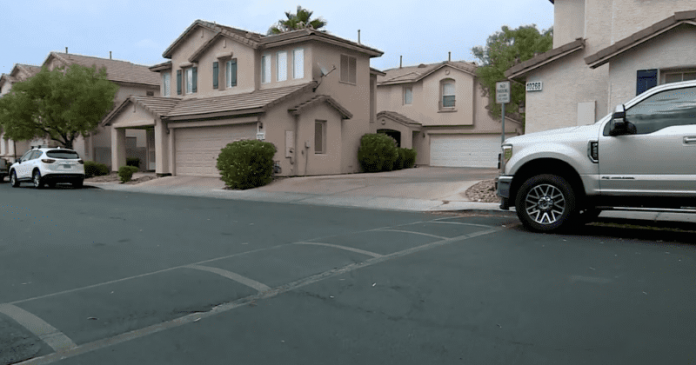 Two little girls were found locked up inside the bedroom of a houses, but only one made it out alive by the time the police arrived. The two children, aged 2 and 5, were allegedly left alone in the bedroom by their mother. With no adult supervision, the girls were inside the hot bedroom that had no air-conditioning on a day when the temperature climbed up to 107 degrees Fahrenheit.

At around 7:02 pm on Monday, June 28, the police were called to the house located on the 10200 block of Missouri Meadows Street, near East Pyle Avenue and South Maryland Parkway. Police reports did not include details about what they saw upon stepping inside the house. However, they revealed that they found the two girls inside the bedroom. The 5-year-old girl was found dead while the 2-year-old was still alive and handed over to Child Protective Services.

Currently, Kemaya faces charges of open murder and two counts of child abuse or neglect. In the lead-up to the incident, people around Kemaya noticed that she was going through a tough time. “Earlier in the month she failed to pay her rent, so I texted her to make sure she was OK,” her landlord said. “She put her notice in, saying she would be leaving in another month after (she) paid in full.”

When the landlord paid Kemaya a visit earlier in June, she found the mother was disheveled while the house was a mess as well.

“She was in a mess,” the landlord said. “Her hair was all a mess, the whole house was a mess, and she was packing. That’s when I said, ‘You know, I think it is not good you are all by yourself with two kids. You should get in touch with your family,’ and she said, ‘I have no one.'”

The landlord also found out from neighbors that Kemaya was acting strangely before her daughter’s death. “(The neighbors) saw her out front, all her clothes out in the driveway. She had one of her babies in her arms in that heat with blankets covering her baby… in a fetal position. She kept saying, ‘I’m son of Jacob. I killed her.’ She got up and started smashing windows of cars around here,” the landlord said.

When the child’s grandmother, Marisa Brown, heard claims about Kemaya not having anyone to help her out, she said this was false. Marisa claimed her son, the father of the two-year-old, was active in the kids’ lives. “My son wants to make one thing clear, Kemaya had all the help that she needed,” Marisa said.

Following her arrest on Monday, Kemaya was supposed to appear in court on July 1 but refused to make her court appearance. She remains in custody without bail and her next hearing is scheduled for July 15.