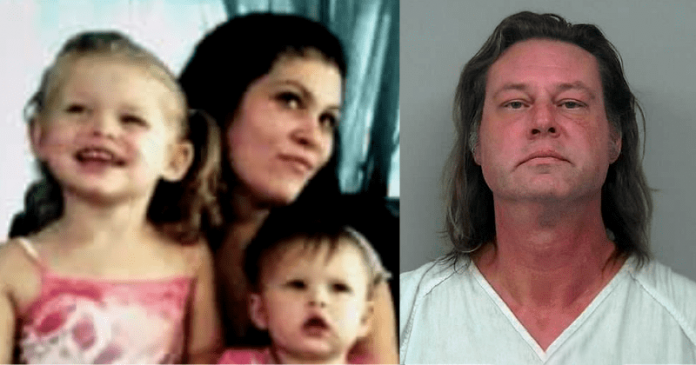 When her mother hadn’t seen her for a couple of days, she grew increasingly worried and reported that her daughter, from Indiana, is missing because her disappearance was completely unlike her. As her family grew concerned, the police began an investigation so the devoted mother could be reunited with her three kids. Sadly, the investigation took a shocking turn when her 8-year-old son opened up to a school counselor about watching his mother’s gruesome murder unfold just a few feet away from him.

Rebecca was last seen on August 2, 2020 and her mother knew that even if she left her husband, she wouldn’t have left her children behind.

Earlier that year in April, Rebecca’s husband, Judson Hoover was arrested after her son ran to their neighbor’s house about Judson attacking his mother. The following day, however, Judson was released on bail and the abusive relationship resumed.

On August 5, Rebecca’s mother reported her missing. The police were looking for the mother of three but to no avail. It was not until three weeks later that the case of a missing person had turned into a murder investigation. This was after a chilling confession her son had made to the counselor at his elementary school about the murder he had witnessed in the basement on their home.

The boy was understandably traumatized and could no longer keep the gruesome murder of his mother a secret. He revealed graphic details of his father killing his mother in the basement, while he watched. The school immediately contacted the police, and criminal investigators were alerted about the boy’s confession shortly after on August 27.

“The child disclosed seeing his father stomp his mother in the head 20 times, wearing black boots, while she was lying on the ground next to a black refrigerator in the basement,” said a probable cause affidavit.” The child also observed Judson Hoover punch Rebecca Hoover in the stomach with a set of keys in his hands, but she was unresponsive and did not move. The child observed blood coming from Rebecca Hoover’s head and left ear.”

When Judson later went to pick his children up from school, the investigators spoke to him and took his permission to take a look around his house. During their search, they found blood at the bottom of the basement stairs, but they could not find any signs of Rebecca or her body. Further investigation over the next few days led to them finding Rebecca’s remains in a 55-gallon container. After Judson was told that his wife’s dead body was found, he claimed that he only reacted after Rebecca attacked him using a pipe.

“That’s when I grabbed her and threw her down and said ‘enough is enough. [I] kicked her, stomped her, choked her, all of the above.” However, there was no proof of Judson having been attacked with a pipe, and photos of him during the arrest showed no injuries. The 50-year-old father pleaded guilty a few days after his arrest in September, 2020 to his wife’s murder. After being given a maximum sentence of 65 years, the judge revealed that Judson must serve at least 48 years, nine months.