9-year-old girl calls police on her birthday after dad shoots mom and two sisters, then turns the gun on himself 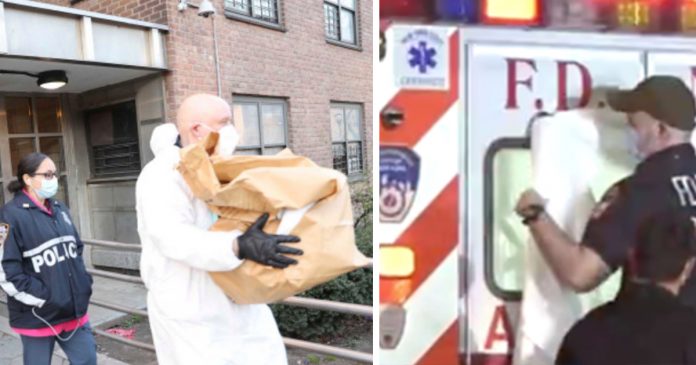 A 9-year-old was forced to witness the horror of losing her mom and two sisters on her birthday, and was the only one left in her home to call for help. The 9-year-old girl dialed 911 from an apartment block in Brooklyn. A father is thought to have shot his daughter’s mother and her two sisters before shooting himself to death.

When officers responded, they found the woman, 45, and her two daughters, 20 and 16, dead inside a fourth-floor apartment. The offender is not the father of the two daughters, as per police.

The 46-year-old gunman, believed to be the father of the 9-year-old girl, was later found outside a nearby building. He appeared to have a self-inflicted gunshot wound to his head, according to police.

Officers believe the girl’s mom who was killed was the suspect’s girlfriend. The young girl wasn’t injured, according to the NYPD.

Police Commissioner Dermot Shea said the incident appears to be domestic at this point.

“We were just reviewing some of the body-worn camera [footage] of when the initial cops entering that location encounter that job,” he said.

“It’s just a terrible situation all the way around. We have the video of the incident where the individual then leaves and takes his own life a short distance away.”

Two guns, a .38 revolver and a semi-automatic handgun, were recovered from the alleged shooter, as per police sources.

The identities of the four people who died have not yet been released by police. The incident is being treated by police as a murder-suicide.