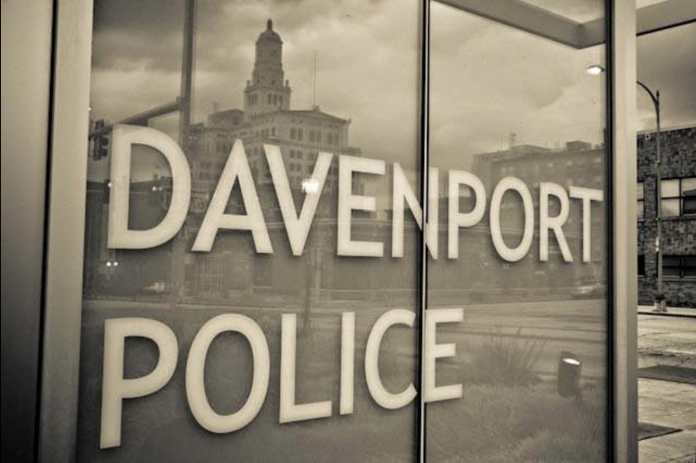 Davenport, IA – According to the police report, he led the officers on a high-speed chase through Scott County and his passenger ended up with a broken neck.

His name is Mark Howard and he was being held on $10,600 total bond in Scott County Jail. He now faces felony charges that include eluding, serious injury by vehicle (operating while intoxicated or reckless driving) and parole violation; along with misdemeanor charges of failure to maintain control, interference with official acts, first-offense operating while intoxicated (OWI,) speeding, parole violation and assault with injuries.

The Iowa State Patrol attempted a traffic stop on a white Buick LaCrosse for speeding 92 mph in a 65 mph zone. When the officers tried to pull him over for speeding, the suspect sped away headed south on Highway 61.

Howard had bloodshot, watery eyes, slurred speech, and smelled of alcohol and marijuana. Howard admitted to drinking a bottle of Hennessy and smoking a marijuana blunt two hours prior, and said he doesn’t think he should have been driving.