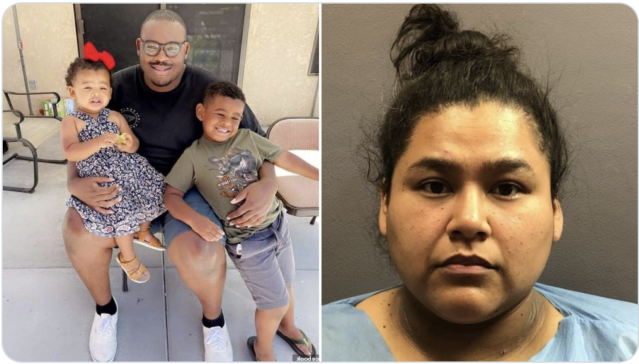 The 33-year-old woman was arrested in Arizona on two counts of murder after turning herself in at Western Arizona Regional Medical Center. She allegedly confessed to hospital staff that she drowned her children (1-year-old and 4-year-old) at her home in Nevada on Monday.

“During an evaluation she had admitted that she had just killed her two children,” police said.

Police were first called to Trevino’s home in the 700 block of Calamus Palm Place at around 6:30 p.m. on July 19. The children’s bodies were later discovered at the home, along with a suicide note, which Trevino allegedly penned. The children were “beyond assistance,” according to the warrant.

Trevino’s ex-fiancé first called law enforcement to the home regarding a medical incident at the property. Officials said he’s cooperating with investigators. Fox, who previously had a temporary protective court order filed against him by Trevino said he went to the home because “things did not seem right,” according to the statement.

The deaths of her children, Gihanna and Christopher, were initially deemed suspicious. They now are actively being investigated as homicides. However, the children’s cause and manner of death haven’t yet been released by the coroner’s office.

Christopher was reportedly discovered in a loft in her home with medical equipment surrounding his body.

The boy’s younger sister was found in the house’s master bedroom.

A bloody knife was also found at the home.