A jury found a farm laborer guilty of murder in the abduction and stabbing death of Mollie Tibbetts, a University of Iowa student who vanished while out for a run in 2018 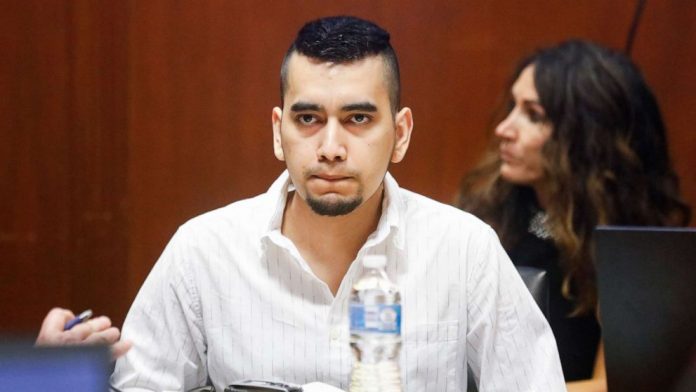 Davenport, IA – According to the court documents, his name is Cristhian Bahena Rivera and he was found guilty of first-degree murder in the death of Tibbetts.

The 26-year-old man, who came to the United States illegally from Mexico as a teenager, will be sentenced to life in prison without the possibility of parole.

Prosecutors used the DNA evidence and surveillance video showing him driving near where she was running. Her DNA was found on blood spots on the rubber trunk seal and trunk liner of the Malibu.

He eventually said that he approached Tibbetts and fought with her after she tried to get away and threatened to call the police.

He claimed that he then “blacked out” but remembered driving with her body in the trunk of his car.

He led investigators in the early morning hours of Aug. 21 to a remote cornfield where they found her badly decomposed body hidden under corn stalks.