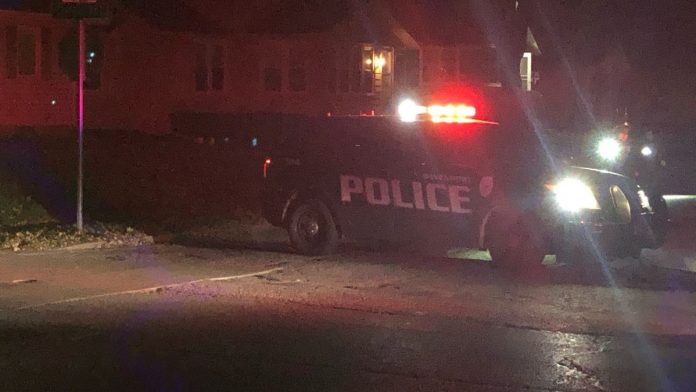 Davenport, IA – According to the report, Davenport Police officers responded to a weapon call at the area of 1900 W. 40th Street, approximately at 11:30 a.m. on Friday.

According to the officers, the caller described a gray sedan with subjects hanging out of the window and pointing guns at other people. Davenport Police officers found the vehicle at 12th and Ripley Street and tried to stop the vehicle.

The vehicle refused to stop and sped away from police. While pursuing the vehicle, police tried to stop it by initiating a PIT maneuver near Locust Street and Wisconsin Avenue. It wasn’t unsuccessful.

Davenport Police car was damaged and the suspects took off. The driver then lost control around a turn in the 4300 block of Telegraph Road near Sunderbruch Park, causing the vehicle to rollover and come to a rest on its side against a tree.

Two teenagers ran from the vehicle causing officers to run after them. A third teen was immediately caught near the vehicle. Two firearms were found during the investigation.

Javon D. Combs, 19, local resident, is being charged with interference with official acts, theft in the 1st degree, felon in possession of a firearm, eluding, driving under suspension, reckless driving.

The 14-year-old passenger has been taken to the Juvenile Detention Center and is facing interference with official acts, a juvenile charge and theft in the 1st degree.

The 17-year-old passenger has been taken to the Scott County Jail and is facing felon in possession of a firearm, and adult charge and theft in the 1st degree.