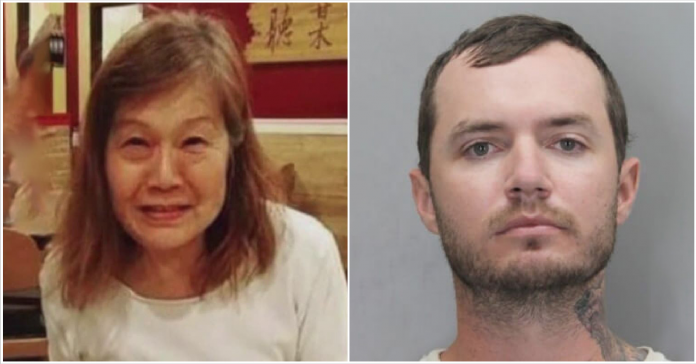 The 25-year-old man is accused of murdering the 72-year-old woman and dumping her body in the woods. He was taken into police custody and charged with the second-degree murder and concealment of a body.

The woman was last seen shortly before 8 p.m. on June 3 at a grocery store. Authorities began investigating her disappearance the the next day after Lu didn’t show up to her job. Detectives found her car parked in her house’s driveway.

Foul play was quickly suspected by investigators. In the weeks following her disappearance, officials carried out several air and ground searches. Evidence found at her home further cemented detectives’ suspicion Lu may have been forcibly taken. A $20,000 reward was previously offered for information related to Lu’s whereabouts.

On July 23, Lu’s body was found in a wooded area near a traffic circle in Lorton, Virginia. She was pronounced deceased at the scene. Emily Lu had been missing for 50 days prior to the discovery.

“This murder is heartbreaking. Emily didn’t deserve what had happened to her. She did nothing wrong. This is not the outcome we desired or hoped for. It took 50 days for justice to come, but justice has arrived.”

A possible motive in the slaying wasn’t released. However, police said Brian George Sayrs Jr. was a tenant of Lu’s. He was renting a room at Lu’s Lorton residence when she vanished. Her cause and manner of death haven’t yet been released by the medical examiner.

Detectives suspect Lu was slain on her property in Virginia and her remains were later driven to the wooded area.

Brian George Sayrs Jr. is being held without bond. He was arraigned on Monday. His next court date is scheduled for Sept. 21.