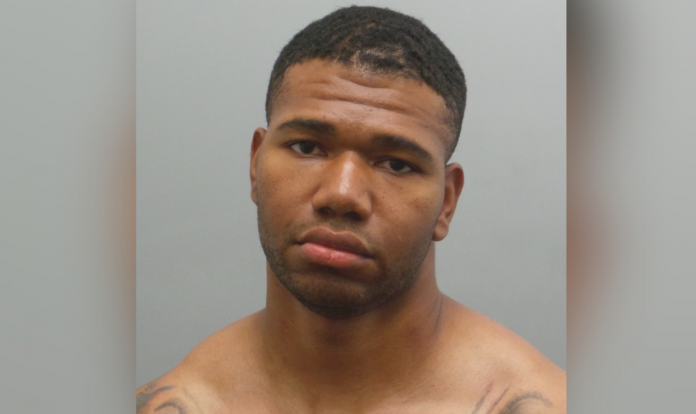 According to the police officials, the 26-year-old man was charged with first-degree murder and armed criminal action in the death of his ex-wige. He was being held Tuesday in lieu of $1 million cash bail. Police say he shot his ex-wife three times, walked to his car, then calmly returned and fired again, according to court records. Home surveillance cameras captured the killing.

His name is Christopher A. Turner and police say he shot and killed his ex-wife when she arrived there to pick up their 3 children.

The children are 2-year-old Christina, 5-year-old Logan and 6-year-old Levi. The children were asleep in their grandparents’ home when their mother was shot outside.

Home surveillance video showed Christopher approach, shoot his ex-wife, Charlisa Turner, three times and walk back to his car. “However, he turns around and calmly walks back to the victim and shoots her approximately three or more times,” police officer Shoemaker said in court papers.

Turner was on the run from police the day charges were filed. Police arrested him Monday on at-large warrants. The family has set up a fund to raise money for the children.