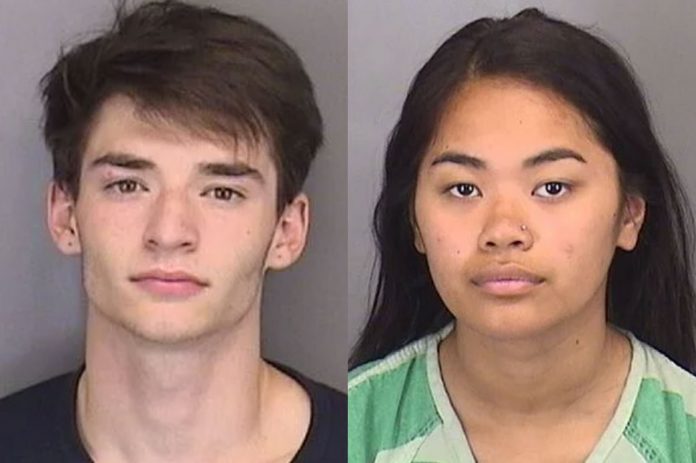 The teenagers, both 18, have been charged with attempted first-degree murder in connection with a brutal January attack on her dad, Robert Laws.

Laws and Fithian appeared Monday in Sarpy County Court where a judge ordered them each held on $1 million bail.

According to the police officials, Robert Laws’s wife, who sleeps in another bedroom, found her husband in his bed with severe injuries on the left side of his face on Jan. 17. His CPAP mask was still on his face. She found a metal meat tenderizer beside him on the floor and a wooden rod nearby. Investigators believe that the his daughter, Gabriella Laws, and Fithian attacked the 59-year-old man with both items.

Robert Laws had to be placed into a medical coma because the beating caused severe brain bleeding. He has since been recovering and was able to communicate that Fithian could be the culprit in a February interview. Police believe he was attacked while he was asleep.

His daughter told police that if she did attack her dad — which she told police she didn’t believe she did — that she may have been asleep at the time.

“I mean I don’t think it was my mom, and I don’t know, I didn’t do it but if I did in my sleep I don’t know,” she told police, according to the World-Herald.

Investigators discovered that the family had gotten into an argument over Fithian sneaking in and out of the home during the night to see Gabriella Laws. Her parents even obtained an order of protection against Fithian in January as a result.

Both Gabriella Laws and Fithian have been in trouble with the law previously. Fithian has multiple juvenile entries while Gabriella was arrested last year for allegedly carrying a concealed weapon.