An Alabama mother was shot and killed and her 4-year-old son shot in the head by the woman’s boyfriend, who later died by suicide after police cornered him in a field during a high-speed pursuit 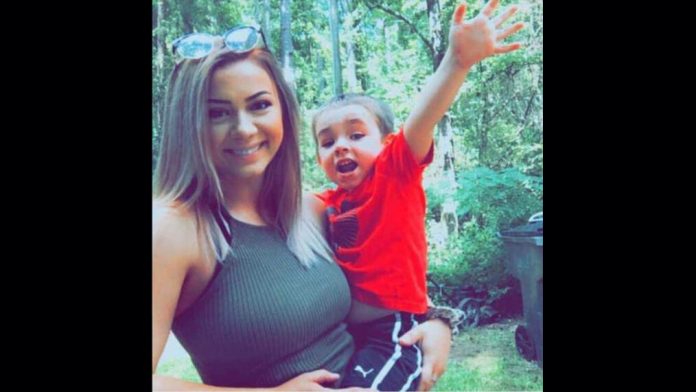 The 21-year-old boyfriend opened fire on his girlfriend and her 4-year-old son after breaking into her mobile home. She’d suffered multiple gunshot and stab wounds. Her 4-year-old son had also been shot in the head but survived. Detectives discovered signs of forced entry to a window on the home’s back door.

The child was transported to University of Alabama at Birmingham Hospital in critical condition.

Police had been dispatched to Jones’ home for a welfare check after Haynes’ mother reported her son had confessed to shooting his girlfriend at her residence in Jacksonville, according to police.

Anniston Police Department officers later located Haynes and engaged him in a “high speed vehicle pursuit.” The police chase, which spanned different jurisdictions, was later taken over by the Oxford Police Department. The pursuit ended in Talladega County after Haynes shot himself in a field, police said.

The 21-year-old was transported to hospital but later died. It’s unclear if the weapon Haynes used was the same firearm that killed Jones.

“Our prayers are with the family members of all involved,’’ Partridge added.

“This has been a difficult day for Weaver,” Weaver Police Department added in the news release.

The 24-year-old’s neighbors described the young Alabama mother as an “angel.”

“She was a young girl that hadn’t had a chance to even have her life yet,” Lisa McCleary said.

“He’s still going to have to be without a momma that loved him and that was there for him and I pray for her family and I even pray for the boy’s family who done it because he had to have some type of mental illness at age 21 to take her life like he did,” McCleary added.

The 4-year-old boy remained in critical condition at University of Alabama at Birmingham Hospital over the weekend, according to a GoFundMe page set up for Jones’ family.

“Mason is stable at the moment,” Jessica Taylor, the page’s organizer wrote on Sunday. “By stable I mean no better or worse. He is showing small good signs that the neurosurgeon is impressed with but we still have a 48-hour window until we can start truly being able [to] tell if he can possibly fight through this. Please continue praying for our sweet Mason. Miracles can happen.”