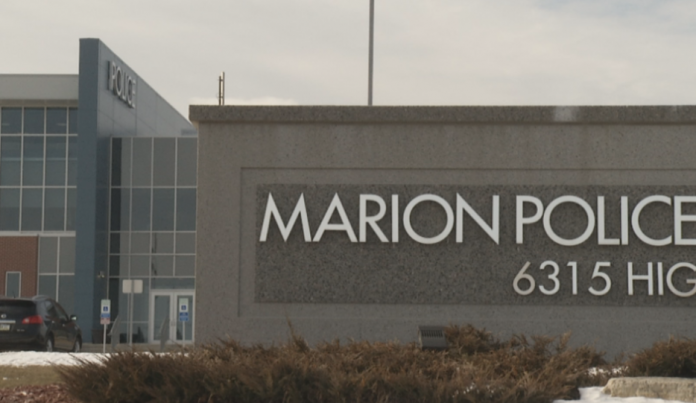 Linn County, IOWA – According to the Marion Police Department, the shooting occurred around 6:15 p.m. Thursday.

It happened at 895 Blairs Ferry Road in Marion.

When the officers arrived on scene, a woman told them that she and her boyfriend were leaving the restaurant when three men attacked her boyfriend.

She told the officers that she took her gun and fired at the assailants.

The suspects then fled the area in a truck.

Please call the Marion Police Department at 319-377-1511 if you have any information about this incident.