Boy accidentally shot his mom while playing with a gun, went to the street and shot himself 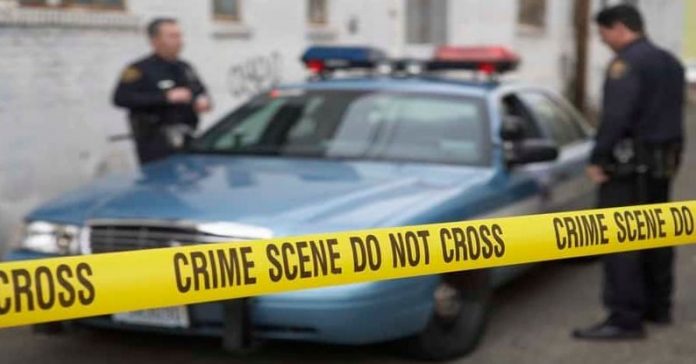 When a teenage boy picked up a gun while sitting in his living room, he did not imagine that somebody would accidentally lose his life within a few minutes. The teen, aged 16, was reportedly playing with the pistol in the living room while his mother was in the kitchen of their home on Saturday, July 31. At around 11:22 pm, the gun accidentally fired a bullet that travelled through the wall and struck the unsuspecting mother right in the head.

The 36-year-old mother, Stephanie Rowshawne Jennings, lost her life right on the spot. “The bullet traveled through the wall that separated the living room from the kitchen and struck Stephanie in the head,” said Major Bradley Rule. “She fell to the floor right then and was deceased.”

When the teenager from Oklahoma saw that he accidentally fired a shot, he immediately ran to the kitchen and saw his mother’s body lying on the floor. He “saw what he did and ended up running outside to the street where he turned the gun on himself,” Rule said.

First to make the 911 call was a neighbor, who heard the sound of a gunshot coming from the street. Soon, the police arrived and found the teenage boy in the street with a bullet in him while the gun was lying right next to him. Upon entering the house, they also saw the mother’s lifeless body lying inside.

Although the boy was rushed to the OU Medical Center, it was too late for doctors to save him from the self-inflicted gunshot wound.

“It was terrible,” Rule said. “I don’t know if he was messing with it or playing with it. He wasn’t cleaning it. It was a firearm in the house.”

It was also reported that another witness was inside the house while the tragedy unfolded.

Currently, the investigation is still going on, but Rule called the incident an “accident.”

“I’m sure he was so distraught over what he had done for whatever reason he decided to take his own life,” the officer said. “The whole thing is terrible..”

Rule believed that the boy would have been completely distressed to see what his unintentional action did to his mother. “To be handling this firearm and then it goes off, I’m sure that was terrifying in and of itself,” Rule said. “…But then to go around the corner and see the result of it, shooting your own mother, I can’t imagine what he felt.”