California mother said that she drowned her three young children to save them from her husband, who she said was involved in a child sex trafficking ring 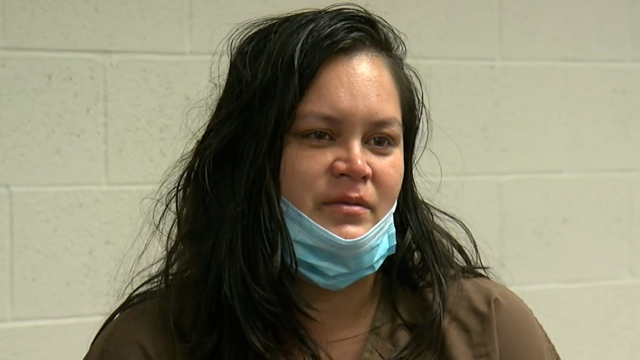 A California woman has been charged with killing her three young children in Los Angeles earlier this month. The 30-year-old woman is charged with three counts of murder, with an allegation of using a knife as a deadly and dangerous weapon against her youngest child, the Los Angeles County District Attorney’s Office said Monday in a news release. It was not immediately clear if she had an attorney who could comment on her behalf.

She admitted to drowning her 3-year-old daughter Joanna, her 2-year-old son Terry and 6-month-old daughter Sierra during a jailhouse interview with KGET-TV.

The attack occurred April 10 in the Reseda neighbourhood of Los Angeles; Carrillo’s arraignment in Los Angeles has not yet been scheduled.

Carrillo told the TV station that she had hugged, kissed and apologised as she drowned her children to save them from what she said would be a lifetime of sexual abuse. She said she wanted to “protect” her kids from their father amid a bitter custody battle.

“I did it as softly, I don’t know how to explain it, but I hugged them and I kissed them and I was apologising the whole time,” she told the TV station. “I loved my kids.”

Carrillo has alleged that the father, her ex-boyfriend, is part of a sex trafficking ring that she claimed runs rampant in Porterville, a small city in central California where the family lived until the end of February.

The kids’ father, Erik Denton, has denied Carrillo’s allegations and wrote in court papers seeking custody that she is delusional and it was unsafe for their children to be around her.

Carrillo is currently in a Kern County jail on $2 million bail. She had fled LA after the attacks and was arrested later that day in Tulare County, nearly 320km north after a carjacking in Kern County.