Cries of screaming baby leads to discovery of a mother and her 9-year-old son’s bodies, stabbed to death by ex-boyfriend 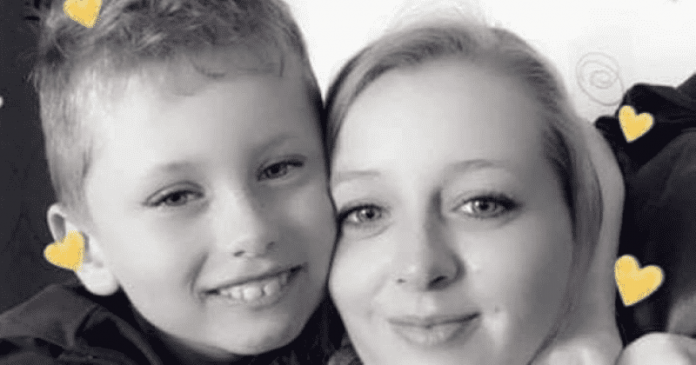 The sound of a screaming baby led neighbors to discover a mother and her son lying dead at home on Monday. The mother and her 9-year-old son were found with multiple stab wounds on their bodies. However, the toddler crying at the tragic scene was found unharmed and well. The suspect in the heartbreaking incident is her ex-boyfriend, who was arrested after a search went on for around 16 hours. He tried to avoid getting arrested by banging on a neighbor’s car and trying to get in.

“It’s just so awful. I can’t believe what’s happened,” Bethany’s aunt said. “I’ve just come back from holiday and need to be with my sister. We’re all absolutely devastated. We can’t understand what has happened and why – we can’t comprehend it. It’s unbearable.”

“He was hammering on the window of the car saying ‘let me in, let me in,'” said a witness. “(The other neighbour) is so shook up, she fortunately had the central locking on and managed to drive off before calling police.”

In a dramatic arrest, Daniel was taken into custody, and the police found a knife at the crime scene in Lincolnshire, UK.

A friend of the Bethany’s family, Susan Sharpe, spoke about the deaths and said: “You may expect someone to be taken in a car accident, but not this.”

As Susan spoke about the grief the family is going through, she said: “Her mum… she’s in bits, and when I found out I just sobbed my heart out. I was so upset.”

Bethany “was absolutely devoted to her son DJ and her baby boy,” Susan went on to say. “She was only young when she had her first child but she got on with it, she took to motherhood and was a very good and proud mum. Everyone knows Bethany and there is a huge outpouring of grief in the community. She was very quiet and kept herself to herself but she was always coming to visit her gran next door with DJ. He was a lovely little lad, a cheeky chappy type.”

Residents living in the neighborhood are also stunned over the deaths of the mother and child. “To be honest, we’re as shocked as everybody else really – especially when it’s two doors down from our house. It’s really not a good thing to happen, especially when it’s kids,” said one neighbor, Shane Marshall, 18.