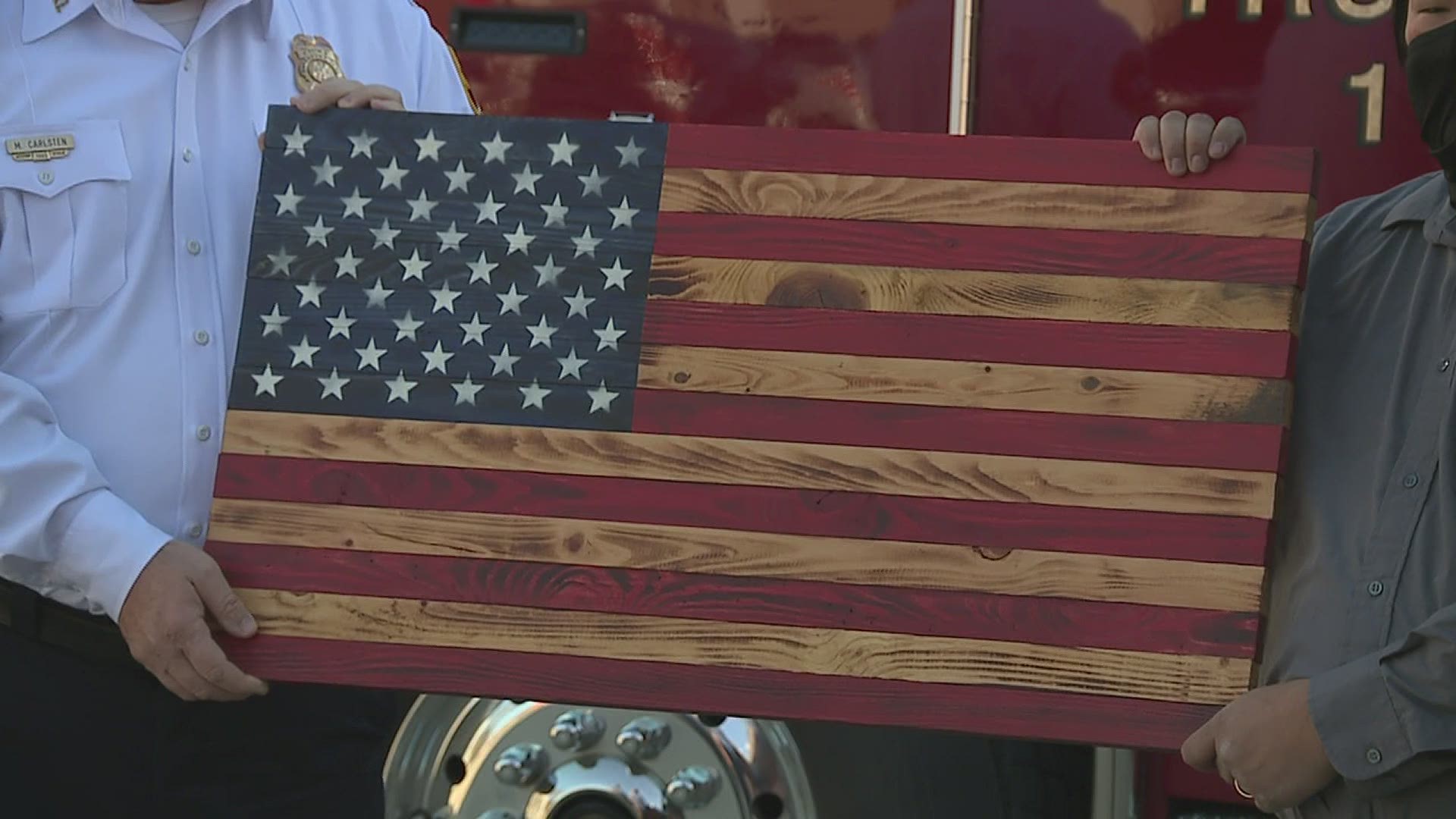 DAVENPORT, Iowa — A pair of businesses put together a thank-you gift for the Davenport Fire Department for the work they’ve done in an incredibly hectic year.

LL Flooring and Pennwood Products put together a American flag made out of wood and stained with the stars and stripes and donated it to the department in a small event on Tuesday, December 9.

The flag is meant as a thank-you gift to the department for its work during the ongoing pandemic and especially for its role in the recovery effort after the August derecho storm event ravaged the Iowa countryside.

The flag is going on display at Davenport Public Works’ new training center.

The donation is part of a larger effort from the two companies, who are also donating four other flags to fire departments across the country.”

“It will be there for years to come. Many generations will be able to see what that flag represents,” said Chief Mike Carlsten. “We always know that we have the community’s support, but sometimes it’s nice to see those little extra gifts.”