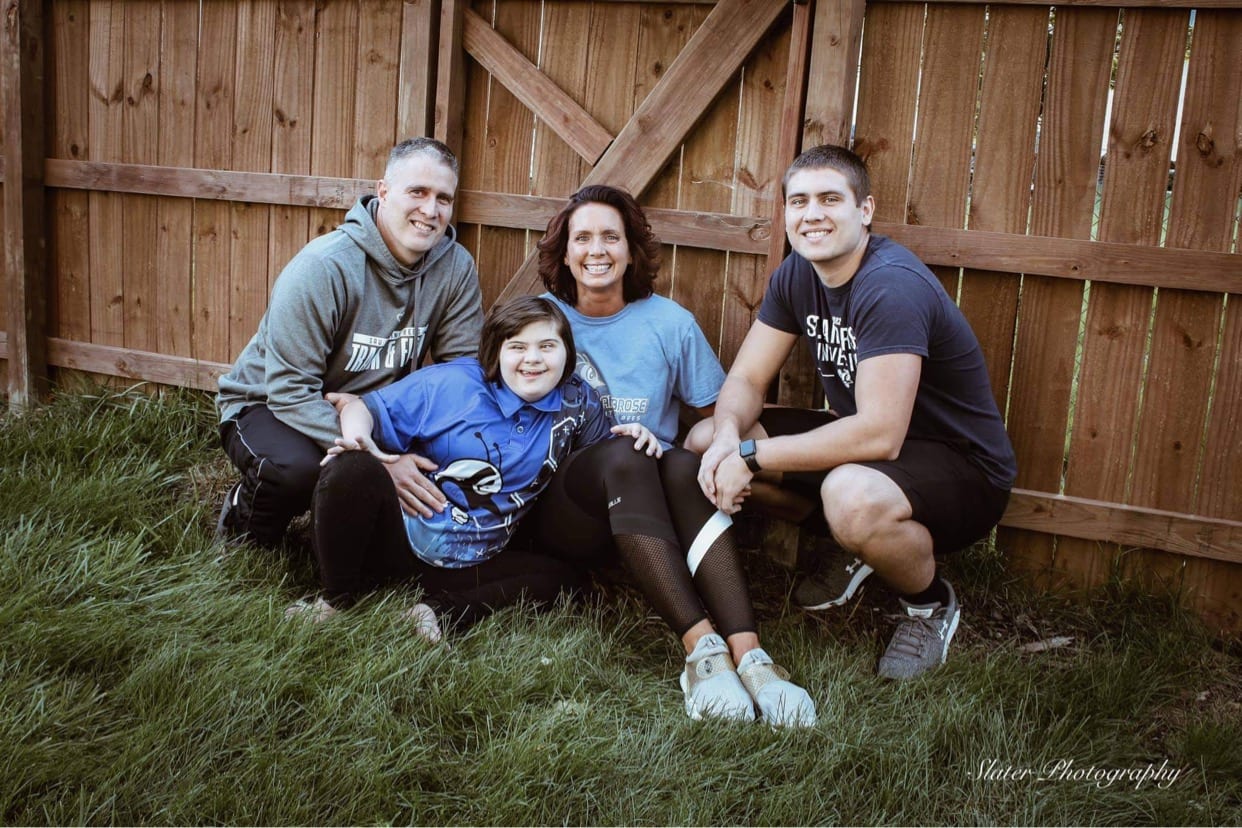 DAVENPORT, IOWA – Mic Seifert, a veteran physical education teacher in Davenport, has exercised a new muscle this year he never thought he had before – computer literacy.

Like all teachers nationwide, Seifert, 47, was forced by the Covid-19 pandemic this past spring to come up with virtual content for his classes at Madison Elementary School. He’s in his 22nd year of teaching and virtual fitness lessons have become an international viral sensation.

His YouTube channel, P.E. with Mr. S, can be found at https://www.youtube.com/c/PEwithMrS/videos. Since May, Seifert has made 40 videos, and already the channel’s 2,700 subscribers have viewed its videos over 80,000 times.

Earlier this year, Seifert realized that kids needed more encouragement to keep physical fitness top-of-mind – especially during a pandemic when they had to spend so much time indoors. He began to come up with ideas that combined his many energetic interests, which include games, superheroes, and videos.

“It’s been a big learning curve,” Seifert said recently. “In March, when we went on break, we never returned. So after my initial self-pity, feeling sorry for myself, my focus turned into — what are my students and families going to go through now? I didn’t know how to do any of this technology.

“Between Twitter and Facebook, continuous in-services, I was looking for people to give me inspiration,” he said of creating the videos. “If I

saw something I liked, I wanted to learn how to do it myself. I would ask people’s questions. There are so many phenomenal educators around the world. I kept learning how to do things.”

His 20-year-old son Alec (who writes music) has his own YouTube channel, and was a big help to Dad to get started. “I just figured, can you show me how to make a page?” Mic said. “I kept learning as I go; now I show him how to do things.”

“I have an amazing staff at Madison, they’ve always supported me, from the principal to everyone else,” Seifert said. “I was trying to enhance student engagement through new technologies, try to make kids smile a little bit. It’s like I’m a first-year teacher all over again.”

Alec, who attends St. Ambrose University, contributes his original music to the videos. “Alec has added 34 original compositions to my videos,” Mic said.

Seifert’s wife Jennifer, a Personal Trainer/Group Fitness Instructor at the Davenport and Bettendorf YMCAs, has provided plenty of advice on the exercises featured in the videos. “My videos are very much a family affair,” Mic said.

Seifert’s friend Ben Reller, a tech innovator at the schools Madison, Monroe, and the Leadership Academy, has helped with many technical aspects of the projects. For example, a recent video has a timer in it, and Ben helped to add that technology. Mic now knows how to create his own video timers. “I reach out to Ben all the time for his input,” Seifert said.

To create his videos, Seifert learned the high-tech art of app-smashing. App-smashing is the process of using multiple apps to create and combine the various aspects of a project.

“This influx of new technology has been invigorating,” he said. “This twenty-two year vet now has the energy of a first-year teacher again.”

In November, Seifert created a virtual Advent Calendar of exercises for the month of December, called “On the 1st Day of Fitness.” Like the holiday song, “The Twelve Days of Christmas,” students are to tackle an exercise each day, and then go backwards and do each day’s exercise one after another.

Seifert is delighted by the positive feedback his videos have received, including that one.

“I was contacted about my video, On the 1st Day of Fitness, by a PE teacher in Italy,” he said. “Now they are using a translated version.”

“She’s got teachers wanting to know how to do it,” Seifert said. “I found a way to send it to her, she translated it into Italian. It’s very humbling.” The Italian “First Day of Fitness” can be seen HERE.

Mic’s work has also been singled out by the website CBHPE.org, that works to improve student learning with ChromeBooks and other

devices in health and physical education.

Seifert is humbled by the attention that his videos have received in such a short amount of time. “I’m flattered that people are noticing my work,” he said, “and liking it enough to share it with others. I’m excited to think how this project will grow as I add more videos.”

At the start of this school year, his school went to the hybrid model, with students split into groups and coming to class in person only on select days. After Thanksgiving for three weeks, Madison went back to online only.

The videos were for Seifert’s smaller in-person classes, with fewer students together with a big screen in the gym, where he can work with students one on one. “It’s almost like having another teacher there,” Seifert said of the videos. “It’s an amazing advantage.”

All his videos end with the acronym WIN – “What did I learn,” “Interesting things I learned,” and “New ideas I learned,” and they’re all put on Google Classroom for the students. During Covid, the PE classes are between 4 to 12 kids (compared to a typical 20 to 26), and everyone wears masks.

“The biggest adjustment I think for me, normally a lot of my teaching involves sharing of equipment, and team games,” Seifert said, noting much more cleaning and sanitizing of equipment is required, and individual activities rather than teams.

“It was a blessing in a sense,” he said. “It’s like new teaching, individually based. I am teaching the same standards; I just have different ways to do it.”

One of his favorite videos is called “Wheel of Fitness” (from May), that features both of his kids, including his 18-year-old daughter Shelby, who has Down syndrome. She dressed up as Cinderella for the game.

Seifert usually has two computers up on Google Meet to work with students online.

“So many teachers are learning so many technologies – it’s amazing the growth,” he said. “It’s such a challenging time, the struggles families are going through. I want to make learning fun for the kids.”

“It’s an opportunity, gives you the opportunity to do something different,” he said.

“It’s way outside of my comfort zone,” Seifert said, noting he’s made a lot of progress since his first video. “I’m getting a little more comfortable as I go.”

“I didn’t know how to do any of that stuff in March,” he said. “I get a little more knowledgeable every time I edit something.”

For a Dec. 17 video (“Search and Work Jinglefest”), he created a holiday-themed scavenger hunt searching for items around your home and outside for points. Once you complete your scavenger hunt, you will get extra time to score points by completing the exercises paired with each item.

Seifert noted one at-home student who worked out with his sister and brightened his day.

“Here was a kid who was crying, didn’t want to participate and by the end of the class, he was all smiles, jumping up and down,” Seifert said. “That made my day – to see him jumping up and down, high fiving, working out with his sister, not realizing he was working out. That, to me, was awesome. That was great.”

During Christmas vacation, he will keep adding videos to his channel. The students return on Jan. 4.

“They’re technically on break; they have the opportunity to check it out if they want to,” Seifert said. “Having my wife as a personal trainer is an advantage as well.”

His wife Jennifer has gotten to work in the brand-new downtown Davenport YMCA, which was bittersweet, since she has a lot of memories of the old facility, Seifert said.

“I have lot of respect for her, she’s certified in so many different things,” he said. “She asked me for some of my activities, to print them out, so she could use for her adult members. That’s the biggest compliment I could get.”

Seifert averages making one or two new videos per week now. He’s also finding a way to merge the students’ academic work into PE. The combination of mental and physical exercise is a routine everyone can use.

“I’m flattered that people are noticing my work,” he said, “and liking it enough to share it with others. I’m excited to think how this project will grow as I add more videos.”