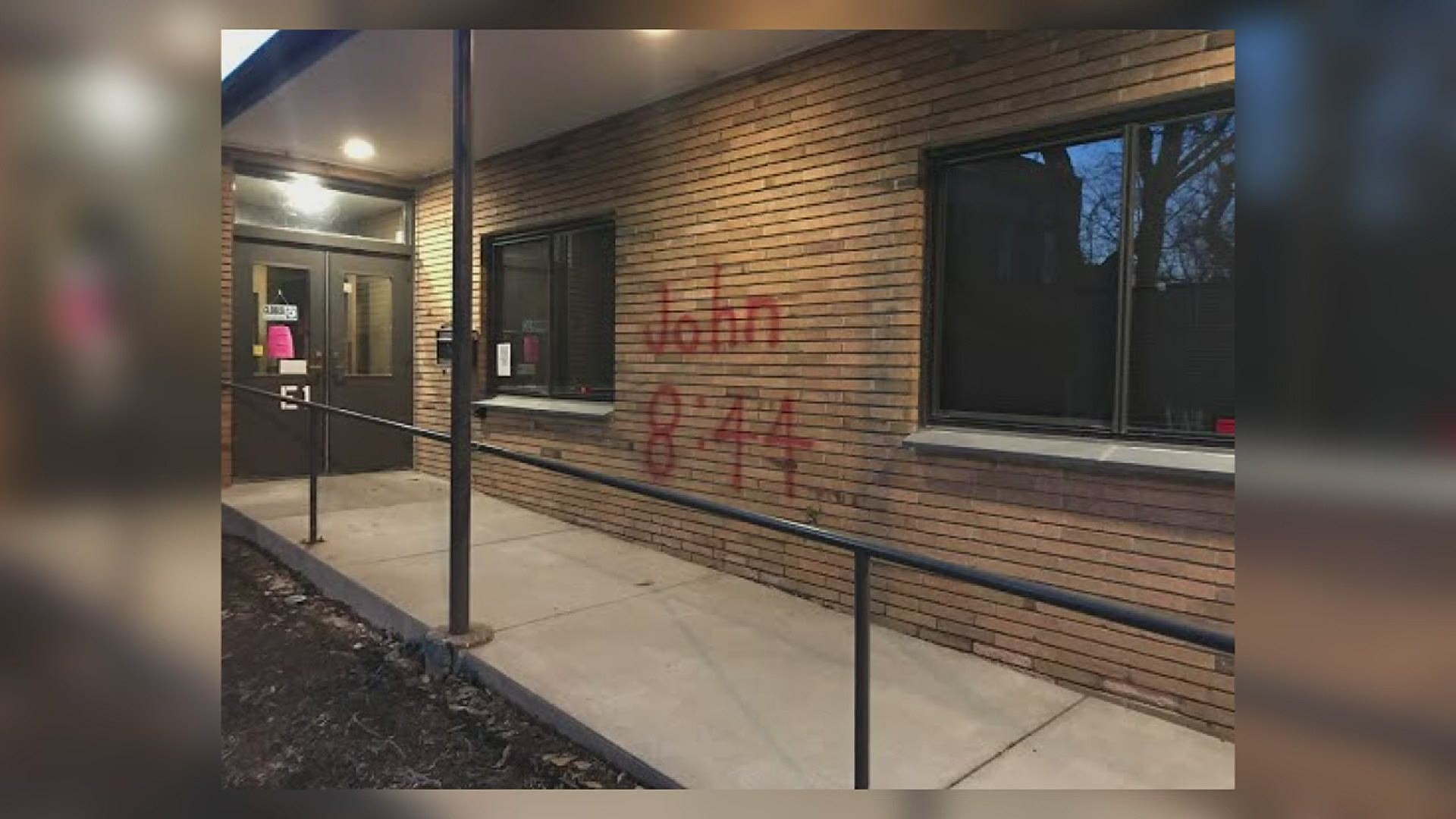 DAVENPORT, Iowa — A Davenport synagogue was vandalized on Thursday, just before the first night of Hanukkah.

The Rabbi said Sunday Davenport Police and the FBI are now investigating the vandalism as a hate crime.

The brick walls in Davenport at Temple Emanuel surround a sacred space.

Temple Emanuel was vandalized on Thursday, with spray paint citing John 8:44, a verse in the New Testament in the Christian Bible.

“When I first saw the citation I thought, ‘yeah, that’s probably not going to be a happy Bible verse,” said Rabbi Linda Bertenthal.

Bertenthal first saw the spray paint on Thursday, a verse she said references murderers and liars.

“This person who would spray paint this on a synagogue is clearly full of hate,” Bertenthal said.

Then, on Friday morning, a power washing company removed the paint, leaving the brick wall at the synagogue’s entrance spotless.

The support did not stop there.

“At our Friday evening services, so a day after this occurred, we had so many visitors at our Zoom service who were just there to be a loving presence for us,” Bertenthal said.

Those visitors came virtually from across the country, like Kentucky and Minnesota. Religious leaders from other faiths joined, too. One supporter, Bertenthal said, lives in Belgium.

“It just kinda blew my mind that, you know, people across the world are, you know, wanting to shine their light against this act of darkness,” Bertenthal said.

Bertenthal and her congregation are shining that light.

“There can never be an episode of hatred against anyone based on who they are that the community doesn’t react just the way they did to this,” Bertenthal said.

They are part of a world-wide community shining brighter than the darkness attempting to divide them.

The Catholic Dioceses of Davenport released the following statement after the vandalism was discovered and reported:

“The Diocese of Davenport strongly condemns the desecration of Temple Emanuel. An act of anti-Semitism at this holy place of worship, at the beginning of Hanukkah, targeting our Jewish friends and neighbors, is deeply disturbing. The Church decries hatred, persecution and displays of anti-Semitism directed against Jews at any time and by anyone. The scandalous misappropriation of the Christian scripture in this incident was especially disheartening. Along with the members of other faith traditions, and with all people of goodwill in our community, we stand by the members of the Temple Emanuel congregation.”