Drunk driver hit and dragged an 11-year-old child for 50 feet. Bystanders had to lift the SUV to rescue him 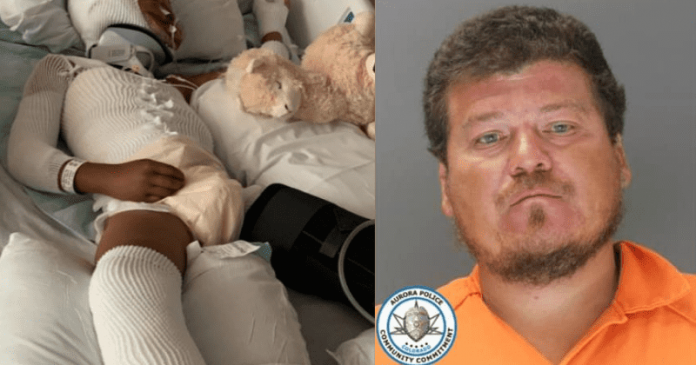 A drunk driver scarred the life of a family after knocking down an 11-year-old boy and dragging him for several feet before finally bringing his car to a halt. On June 10, the man was driving in Colorado, when he rammed into the young boy while turning near an intersection. At the time, the 11-year-old child was out riding his bike, when the driver took the turn directly into him. What’s worse is that the drunk driver continued driving on with the boy and his bicycle underneath the vehicle.

“He was dragged 50 feet when the driver hit him and didn’t know. People were trying to get him to stop,” said Deborah, Caleb’s mother.

Also on Chambers Road at the same time was Sereana Folks, who came to the area and saw a crowd gathering around an SUV. “When I seen the crowd of people around the car, I thought it looked weird,” Sereana said. “I did see somebody’s body sticking out from underneath the car.” Bystanders began lifting the car up, and Sereana joined them to find a boy on the ground. “Whatever part [of the car] I got to is where I started lifting,” she recalled. “As soon as the car was lifted off, I noticed that it was a child, and I didn’t even know it was a child at first.”

A woman then pulled Caleb from underneath the car and cradled the boy in her arms before the paramedics arrived.

Rushed to the Children’s Hospital in Aurora, Caleb suffered life-threatening injuries as well as broken bones. He also had to undergo several surgeries since the accident took place. “You wish you could do something,” his mother said. “…It’s hard when you see your child screaming for three hours because they’re in so much pain.” Caleb’s family hopes that he will get back to normal life again and “get back on that bike,” Deborah said. But “he’s got a lot of questions on why did this happen,” the mother added.

The Aurora Police identified Hector Eduardo Garcia, 32, as the man who drove the GMC Jimmy SUV and collided with Caleb that day. One witness told police officers that they saw him hide a “can of booze of some sort” in the back of his SUV, according to the arrest affidavit. It was only after that when Hector joined bystanders in helping the boy. When Hector later spoke to officers, he said he drank alcohol with his coworkers and had “maybe two Smirnoffs” before driving his car.

Hector was arrested on suspicion of vehicular assault, driving while under the influence of alcohol, driving on a suspended license, and failing to yield the right of way to a pedestrian. As Caleb is only at the beginning of a long road to recovery, his family set up a GoFundMe page to raise money for his medical expenses. Hoping people would donate, the family said, “These funds will help pay his medical bills that insurance doesn’t cover and rebuild his life. We hope for leftover funds that can go toward his education.”