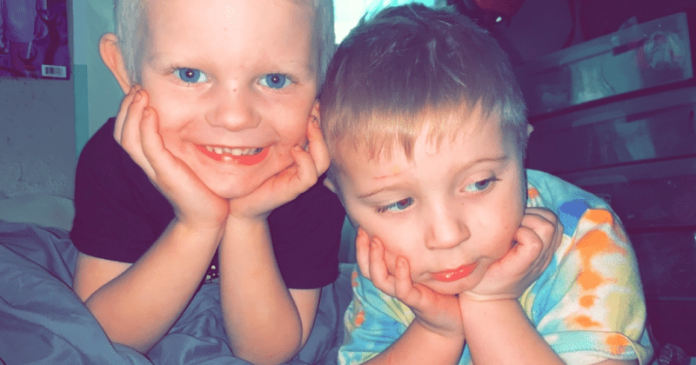 Three days after a father and his two sons were reported missing, their family was delivered the devastating news of their deaths, caused by the father who is believed to have killed his children before ending his own life. The father, reportedly had a history of depression and spoke about suicide to his family on different occasions in the past. Before the father from Missouri was found dead with his sons, he was seen near the family’s home, revving up his car and driving away with his boys.

At the time, he was carrying the pistol that he is known to usually walk around with, according to details released by Benton County MO Sheriff’s Office.

Later that evening, the police saw his disabled vehicle and asked if he needed any help, which Darrell refused, and carried on with his kids. Not long after that, a Benton County Deputy remembers spotting the father and sons walking along the highway but by the time she turned around to speak to them, they disappeared and the officer assumed they went into the wooded area.

The same day, at around 7 pm, a trooper was dispatched in the area after receiving information about a man walking along the highway with the two little children. However, upon arriving at the scene, the trooper couldn’t find the father and sons.

In the lead-up to the three going missing, employees at an Oklahoma casino also noticed that Darrell had taken money out of an ATM machine and said he and his sons were soon going to start a new life.

“Despite the family’s belief that Darrell would not harm his children, on February 28, Detectives decided to pursue criminal charges for the arrest of Darrell, hoping that this would generate additional tips and leads,” said the Benton County MO Sheriff’s Office news release. The search only came to an end on March 1 when a group of linemen at work discovered the bodies of the father and sons together in an abandoned shack, located close to where the three were last spotted. No details were disclosed about what caused the three deaths in the apparent murder-suicide.