Father beat newborn son to death because the “child was a parent’s hell, it didn’t eat or sleep, cried incessantly and only wanted to be held” 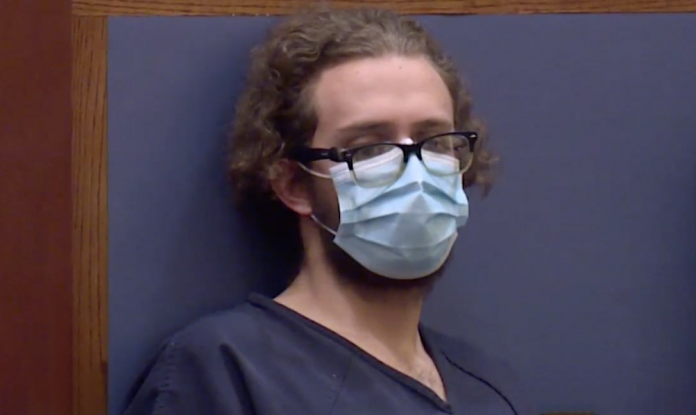 According to the police officials, mother and father of 4-month-old baby are behind bars after authorities say the father brutally murdered child while the mother made no effort to intervene and protect the child from repeated and consistent abuse in their home. The 20-year-old father is facing charges of first-degree murder, child abuse or neglect resulting in substantial bodily harm, and allowing child abuse resulting in substantial bodily harm in connection with the death of his infant son Levi.

According to the report, the couple from Nevada, Mykeal Rangel and Brooke Lehman, brought the baby to a local fire station on Sept. 16 in an unresponsive state. Authorities say the 4-month-old baby was transported to a local hospital in critical condition. The hospital staff said that there was no explanation for the child’s condition.

The coroner’s office has reported that the child’s Sept. 16 death was a homicide that resulted from abusive head trauma. The infant also suffered multiple fractured ribs. Investigators also revealed that the child had two bleeds in his brain, old rib fractures that showed signs of healing, blood in his lungs, a possible spleen laceration, and extensive retinal hemorrhages.

The mother knew what was going on and did nothing to stop the abuse, prosecutors say. This story will be updated as new information become available.