Father invites his son and girlfriend for dinner to make amends, shoots them both: “They had nowhere to hide” 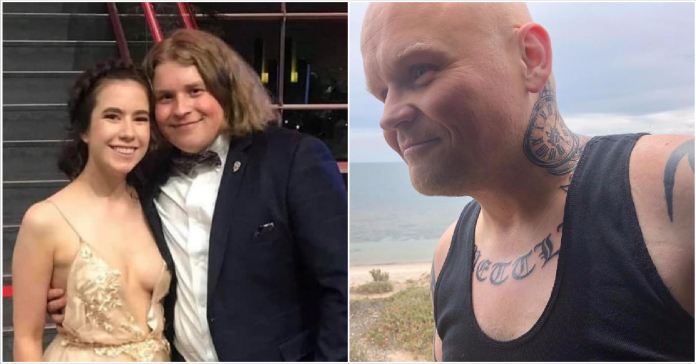 Chelsea and Lukasz were like soulmates in the eyes of their friends and family. They started off as best friends and then became a couple, going on to date for a few years before starting their first year at university. However, the lovebirds couldn’t live out the future they planned for themselves after a family barbeque at Lukasz’s house went horribly wrong. Lukasz’s parents were separated and the teenager was living with his mother before the incident took place.

His estranged father, Pawel Klosowski, had remarried and invited Lukasz over to his house for dinner so that they could reconnect and make amends. At first, Chelsea was apprehensive about accompanying her boyfriend but eventually decided to join him.

Once they were at the father’s rural home in Mount McIntyre, Australia, the young couple had to deal with a heavily drunk Pawel. Eventually, an argument broke out between Pawel and Lukasz, and the drunk father called his son “stubborn” for wanting to be more independent. Pawel wasn’t supportive of Lukasz’s decision to move out of his mother’s house and left his son upset.

As the night progressed, Pawel turned hostile and called his son “a little baby” when Lukasz began weeping. Things got so bad that Pawel finally ordered his son and girlfriend to leave immediately but then went on to retrieve his gun to shoot Lukasz in a bedroom.

The father shot Lukasz twice in his chest and left him face down on the bed. Meanwhile, Chelsea ran for her life and locked herself in a bathroom. As she called the police, Pawel arrived right outside the bathroom and shot at her twice through the door.

“They had nowhere to hide and nowhere to escape,” said Greg, Chelsea’s father in his victim impact statement. “Her last moments, knowing she was about to be shot, must have been horrendous beyond imagination.” After shooting his son and then leaving his son’s girlfriend to bleed in the bathtub, Pawel went to his wife and said: “I think I shot my son. Can you go and have a look?”

Later, when the police arrived, they found Chelsea bleeding in the bathtub while Pawel was sitting with the gun on his lap.

Following the horrifying murders of the young couple in August 2020, Pawel said: “I acted like a monster. The world would be a better place if I had shot myself instead. They were two wonderful people who were clearly destined to live happy. I destroyed the lives of their family and many other people.” Pawel pleaded guilty and in April 2021, he was sentenced to life with a non-parole period of 34 years.

Lukasz’s grieving mother, Magda Pearce, spoke about the immense loss and said: “They were just beautiful kids. They were loving, happy, so smart, so good together. We just want them back, and nothing will ever change that.”