Girl, 4, found wandering the streets alone at night days ago is still waiting for her family to come take her home 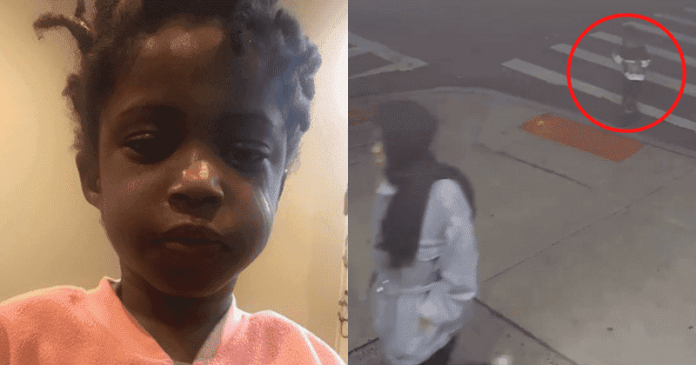 Some people are just not ready to have kids, but due to unfortunate and unforseen situations, they end up becoming parents. While most people think they will fall in love with their child after having them because it is a result of their blood, sweat, and tears, that’s not always the case. A little girl aged around four years old was found wandering the streets of New York alone. She was found on the corner of a street in the Bronx neighborhood by the New York City Police.

The girl, who said her name is Sidaya, was found alone at the corner of East 156 street and Prospect Avenue shortly after midnight on Saturday, the New York City Police Department tweeted. The temperatures that night were recorded at 40° and despite the cold weather, the girl was only wearing a sweater, sweatpants, and rain boots when found.

It has been over five days since the incident but sadly no one has come forward to take her home, and neither has a child by the name Sidaya been reported missing. This is even after the New York police put out multiple alerts on social media.

The tweet was accompanied with a few pictures of the child, along with the caption: “Here is a closer look of Sidaya. Again, if you have any information, please call or DM @NYPDTips. All calls are anonymous.”

NYPD’s Tweet was accompanied by a surveillance video from moments before Sidaya was found wandering alone. In the video, a woman -in her 20’s and around 5-feet and 2-inches- can be seen ahead of Sidaya. She stops at the sidewalk to help the child catch up to her, before walking off again.

It’s not clear if the woman in the video is related to the abandoned girl in any manner of if she was merely a Good Samaritan trying to get Sidaya to safety. Once the cops found her, the child was taken to a local hospital for evaluation and was listed in good condition.

Sidaya now remains in the care of New York City’s Administration for Children’s Services, while officials try to locate her relatives.

If you or anyone you know might have information about Sidaya or her family, please call the police or contact Crime Stoppers at (800) 577-TIPS. Rest assured, your identity will remain anonymous! The police needs help reuniting the girl with her family, and to find out why she was abandoned, kidnapped, or simply lost.