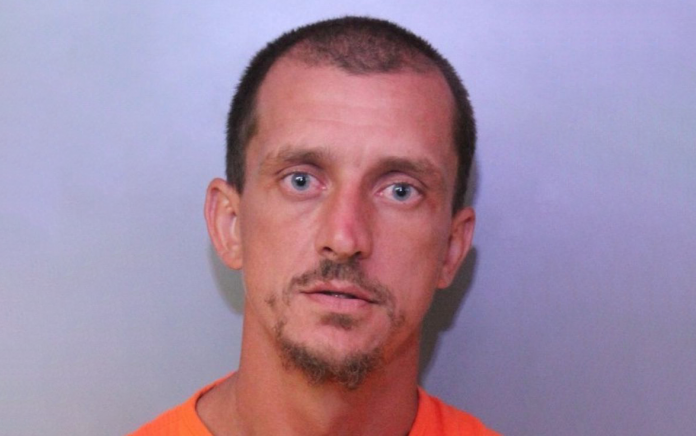 According to the police officials, the 37-year-old suspect was arrested Saturday after he allegedly told his mother that he had just killed his girlfriend. The suspect’s mother called 911 Saturday evening when her son allegedly admitted to murdering his girlfriend. The responding deputies conducted a well-being check at the residence  the suspect shared with his girlfriend on U.S. 98 North.

When the deputies arrived on scene, the suspect, Jason Robinson, reportedly gave them a fake name and birthday. Deputies, however, had reportedly looked at a photo of him before the welfare check. When a deputy started handcuffing the suspect, he then violently attacked him.

The suspect allegedly ‘stole the deputy’s taser and radio and tried to choke him’. Two bystanders, who witnessed the struggle, assisted in detaining the suspect. Additional deputies reportedly responded on scene and located the victim under a pallet near the RV’s door.

The 37-year-old suspect from Florida was taken into custody and charged with first-degree murder, possession of a firearm by a convicted felon, battery on a law enforcement officer, two counts of tampering with evidence, resisting with violence, depriving an officer with means of communication/protection, and giving false identification to a law enforcement officer.

Authorities say that he has been in prison in Florida four times and was most recently released in January. He also has a criminal record in Illinois, Delaware, North Carolina, and Mississippi. This is a developing story and it will be updated as new information become available.