“He was Black, and I don’t like Black people”, White man stabs a Black man in the neck because of the color of his skin, sentenced 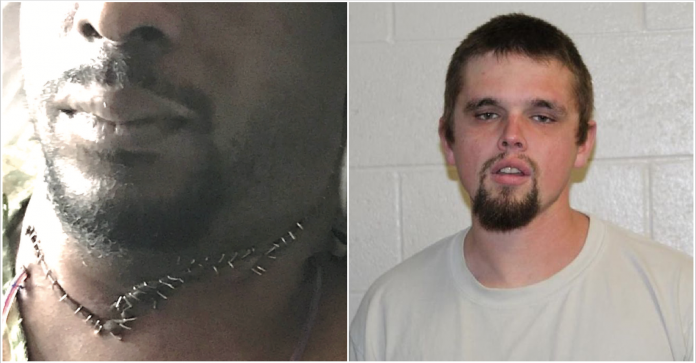 A 27-year-old man who pleaded guilty three months ago to a federal hate crime was sentenced Thursday. Prosecutors say the defendant was sentenced to 16 years in prison for stabbing a Black man in the neck on Dec. 19, 2019. He stabbed a complete stranger because, in his words, the victim ‘was Black, and he doesn’t like Black people.’ The defendant was also sentenced to five years of supervised release. Prosecutors said that he targeted his 50-year-old victim solely because of the color of his skin.

“This defendant, Nolan Levi Strauss, is being held accountable for his brutal and racially-motivated attack against a Black man carried out because of the color of his skin. Racially motivated attacks have no place in our society, and the Civil Rights Division will continue to vigorously enforce federal laws that prohibit bias motivated violence.”

The victim, Ronnell Hughes, a complete stranger to the defendant, was at the Arby’s that day because he was applying for a job. He waited to meet with a manager. The defendant snuck up behind him and stabbed him in the neck. Prosecutors said the victim reportedly needed 50 stitches.

As a result of his attack, the stabbing victim suffered two large lacerations to his neck. He was subsequently life-flighted to a hospital in Idaho, for emergency surgery. After the stabbing, Strauss told police that his only problem with Hughes was that he was Black.

According to the court documents, he said:

“I think, I think, uh, black people are just fuckin’ spawn from bestiality really. It’s disgusting. I think they were Neanderthals and, and you know God ordered people not to, to have sex and, and Eve must have went out and, and fucked one of those fucking Neanderthals . . . [T]hey steal heartlessly from everyone and it’s, it’s not because they even have something to stop them from doing that. They don’t have any soul. They don’t have any life. It’s, it’s very disgusting the, the, the kind of people that they are. It’s, it’s like they’re just made of, of shit really. They’re the same color on the inside as they are on the outside. It’s disgusting. They have no rationale for human communication and, and you know together and wholeness it’s, it’s savagery. It’s what an animal feels like. It’s very disgusting.”