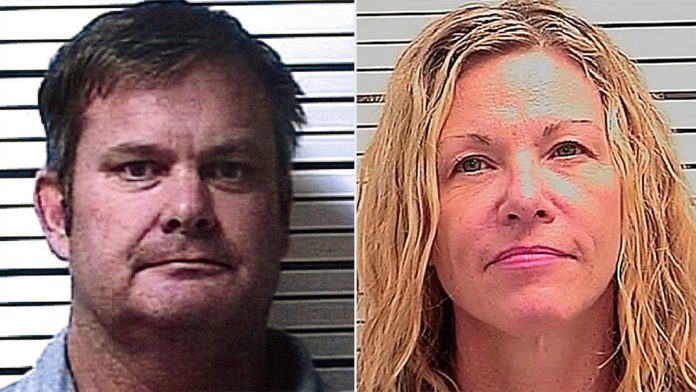 He is also charged with the murder of his ex-wife, who died in her sleep a few weeks before he got remarried. The bodies of the children, 17-year-old and 7-year-old, were found on rural property in Idaho.

The couple fled their home in daho, when investigators began looking into the disappearances of Vallow’s two children.

The couple were already facing charges related to the destruction or hiding of evidence in connection with the disappearance of the children.

“Every person who has worked on this case is to be commended for their diligence and steadfast pursuit of justice for Tammy, Tylee and JJ,” Wood said in a statement.

Tammy Daybell was found dead in her home on October 19, 2019. A medical examiner has since ruled that death a homicide.

The indictments from the grand jury in Idaho cite the couple’s “religious beliefs” as a factor in the murders.

The grand jury cites evidence that Daybell and Vallow exchanged text messages saying of Tammy Daybell “being possessed by a spirit,” and say Chad Daybell changed the life insurance coverage on Tammy just over a month before she died, increasing the death benefit to the maximum allowed.

Daybell is also charged with insurance fraud, while Vallow is charged with grand theft for allegedly continuing to draw Social Security benefits for her children after their deaths.

The penalty for the most serious charges range from life in prison without the possibility of parole to the death penalty.

Prosecutors said the murder charges would have been presented to the grand jury sooner, but the case was delayed due to the pandemic.