‘I’m no hero. I’m just a grandmother’ – neighbor saves toddler from being kidnapped in stolen car 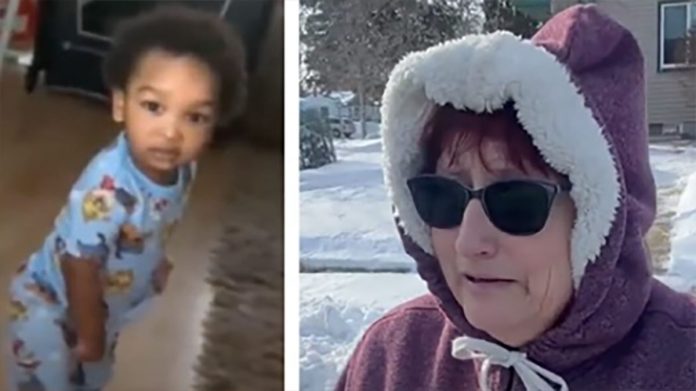 It was just an average day for one Minneapolis resident when she stepped outside of her home to ensure the birds had enough to eat during a harsh cold snap. Little did she know that her eagle eye would help save a kidnapped child and earn her the title of hero. While the mother of a 1-year-old boy was beside herself with worry, grandmother Barb Gusse was calling the police to report a sighting of a car that was the subject of an Amber Alert.

The boy’s mom had buckled her son Da’Merion into the back seat of her car when she realized she’d forgotten something and rushed back into her house to grab it.

With each passing day, Abigail is getting stronger, and it’s a bittersweet time for the family to know that while their little daughter is gaining strength, but her brother Benjamin is no longer around to support her through it. However, the family is ever so grateful for the love and prayers they have been receiving. Jamie added, “[Christine] thanks everyone and asks that you please get the word out warning parents and other children on ice covered ponds.”

Since the accident, the Shelby County Sheriff’s office put out a warning to be careful around frozen ponds, pools, and lakes because the ice is evidently not thick enough to support someone’s body weight.

A GoFundMe has been set up to raise money for the Luckett family as they have medical expenses to pay off. The description reads: “The Luckett family lost their little boy Benjamin, he died saving the life of his sister who fell into a frozen pond. She is in icu right now fighting. Robert, their father was the manager of Bartlett lanes for many years and the children all bowl in the youth leagues now at Andy B’s. Any help from our community and large bowling family is appreciated to go towards medical and funeral expenses. Thank you!”

When she came back out her car was missing with her toddler inside. Someone had stolen the vehicle, kidnapping Da’Merion in the process.

As Barb Gusse was feeding the birds outside her Brooklyn Center home the police-issued Amber Alert for Da’Merion flashed on her phone – just as she looked up and noticed a car sitting idle in the parking lot across from her home.

The avid bird watcher grabbed her binoculars and zeroed in on the license plate of the SUV and seeing it was a match immediately called the police.

“My heart went to my feet,” the grandmother of 9 said. “I was shaking so bad I couldn’t hold a cup.”

The boy’s mother was finally reunited with her son who she’d been apart from for two hours.

“I could hear that baby crying and you know where my heart went, to the ground. I started shaking and crying,” Barb added.

A modest Barb says she just did what anyone would have done in that situation.

“I’m so thankful that he was OK, that he’s with mom and dad,” she said. “That’s all that matters.”