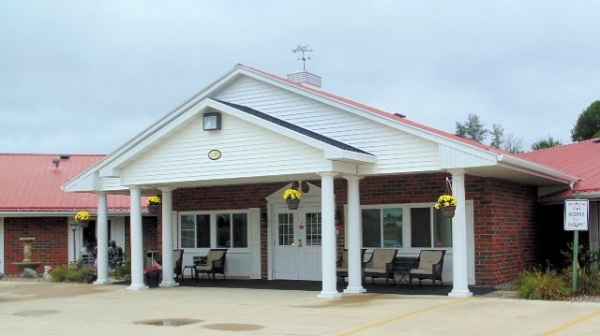 The report said: “Iowa has been deliberately indifferent to those breakdowns and the risks they pose. Glenwood frequently leaves residents at serious risk of harm or death by ignoring changes in condition outright, or by adopting a clinically unjustified ‘wait and see’ approach.”

The DOJ began investigating in November 2019 after media reports of an unusually high death rate at the facility.

During the investigation, the department found the death rate at Glenwood had sharply increased after 2017.

In September 2017, Dr. Jerry Rea took over as superintendent and introduced an initiative to conduct experiments on residents in order to make the care home “relevant,” the report said.

The DOJ found that research had been conducted on residents without their consent or appropriate safeguards. One experiment involved overhydrating residents, causing physical harm. Other experiments involved psychological research on impulsivity.

The report found that Rea openly discussed these research plans with Glenwood staff and briefed senior DHS officials. Staff told DOJ investigators that as the home’s conditions worsened, they had to choose between watching their backs and watching their clients.

During Rea’s tenure, the number of bowel obstructions and skin breakdowns also saw a sharp increase, as did the number of occasions physical restraints were used on residents.

Rea was fired at the end of December 2019, about a month after the DOJ investigation began.

The DOJ report also says that the decline in care was also facilitated a DHS Central Office that was “unwilling, unable, or both, to recognize and address the problem.”

This is not the first time Glenwood faced a DOJ investigation. In 2010, the department found conditions at Glenwood and Woodward were constitutionally deficient and the home brought in changes in policies, procedures, and programs.

However, conditions began to deteriorate again and criminal charges were brought against staff after allegations of abuse and neglect.

Iowa Governor Kim Reynolds said in a statement: “What happened at the Glenwood Resource Center was unconscionable and unacceptable. Under Director [Kelly] Garcia’s leadership at DHS, we’ve fully cooperated with the investigation and I commend her for immediately digging in to assess the situation.

“I am committed to bringing all the tools and state resources needed to address the challenges at the facility. The families and loved ones remain in my thoughts as this likely brings up very difficult and strong emotions.”

She said that she has instructed Garcia to cooperate and assist with any investigation.

Newsweek has contacted the Iowa Department of Human Services for comment.

It comes after it emerged that the Iowa state government is using $10 million in federal coronavirus relief funds to pay police officers whose duties may not have been affected much by the pandemic, despite the state having a budget surplus of $700 million.

Iowa GOP Senator Joni Ernst also faced criticism after announcing on Twitter on Sunday that she received her first dose of the vaccine, despite having previously downplayed the pandemic.

The state has one of the highest coronavirus death rates in the U.S. with a 2,717 total confirmed deaths out of a 3,155,070 population.