“Kids are being sold the false idea that transitioning will make them happy”, Transgender man, who transitioned from female to male after being convinced that she was in the wrong body, says she will never be a man 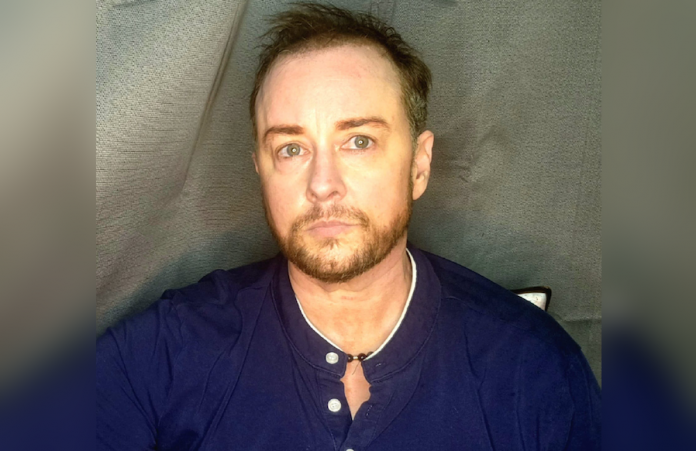 Transgender man, who transitioned from female to male after being convinced that she was ‘in the wrong body,’ says that she is a biological woman that medically transitioned to appear like a male through synthetic hormones and surgery. She also says that she ‘will never be a man.’ The transgender man also said that after the procedures, she gets infections every three to four months and is ‘probably not going to live very long.’ During her transition, she had seven surgeries.

She also had a stress-induced heart attack, sepsis, a 17-month recurring infection due to using the wrong skin during a failed procedure, 16 rounds of antibiotics, the loss of all her hair, arm reconstructive surgery, permanent lung and heart damage, insomnia-induced hallucinations and frequent loss of consciousness.

During an interview with Matt W. in New York, the 47-year-old transgender man from Texas, Scott, said that from her own experience, and from countless conversations with her transgender friends, she says that most of them regret at least some parts of their transition. Even for those who transition successfully, finding peace has stages and takes time. At first, everything is new and exciting, she said.

According to the Daily Mail, Scott said that few years ago, a girl she knew told her that she acted like a man in a woman’s body. Scott thought about it for a long time. Her psychologist and many people around her continued to seed the idea that she really was born in the wrong body. At the time, her experiences as a lesbian and being uncomfortable started to fit together.

Scott reportedly told Matt, the author of ‘What Is a Woman?: One Man’s Journey to Answer the Question of a Generation’: “I’m a biological woman that medically transitioned to appear like a male through synthetic hormones and surgery. I will never be a man, ever… Medical transition is an illusion; you create an illusion of the opposite sex—there is no such thing as changing genders. You can’t. The reality is, is that if you medically transition, you create an illusion of the opposite s-x for comfort”

When Scott was 42-year-old, she decided to medically transition. Scott also believes that the entire process of medical transitioning sucks people in a long downward spiral in search of happiness they were promised and how it has also come to impact our children. During the interview, Scott also said that she had seven surgeries. Medical transition is experimental and it’s not regulated, Scott added.

Scott said about her transition process: “At age 42, I made a decision that turned my world upside down. I endured medical complication after medical complication due to transgender healthcare. I lost everything I’d ever worked for: home, car, savings, career, wife, medical insurance, and most importantly my faith in myself and God. In a battle to survive, I went from ER to ER, trying to solve a mystery of why my health was failing. I learned firsthand the truth about how dangerous and perilous medical transition really is.”

Scott’s medical expenses to both her and her insurance exceeded $900,000. The transgender man also said that she already had, still have, and will always have a recurring infection for the rest of her life. At some point, antibiotics are not going to work anymore, she said.

‘I get infections every three to four months. I’m probably not going to live very long.” Scott reportedly said. Unfortunately, according to the Daily Mail, Scott couldn’t file a lawsuit against the doctor who botched her surgery because every single attorney turned her down. According to Scott, because s-x change surgeries are deemed experimental, baselines of care have never been established, and surgeons are rarely held accountable.

“I’m a biological woman that medically transitioned to appear like a male through synthetic hormones and surgery. The reality is this, I will never be a man, ever. Medical transition is an illusion. You are just creating the illusion of becoming the opposite gender for your own personal comfort. There is no such thing as changing genders. You can’t. It’s medically impossible.

I have had over 30 years of hormone therapy that I can now never end without potentially fatal side effects. I have had 7 surgeries. I’ve underwent 17 rounds of antibiotics and will continue to need them for the rest of my life due to how bad I’ve compromised my immune system.“ the transgender man told Matt in the interview.

Gov. Kim Reynolds has ordered all flags in Iowa to fly at half-staff from sunrise to sunset on June 22 to honor fallen Army Cpl. Kenneth...