Man dies protecting his girlfriend from gunfire: He “used his body as a shield and paid for that with his life” 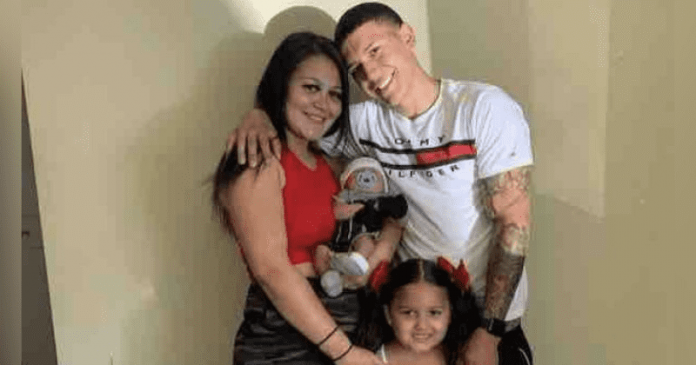 The incident took place during a post-Puerto Rican People’s Parade celebration around 9:15 pm on Saturday, June 19. The couple was making their way through Division Street near Spaulding Avenue. Right before the shooting began, the couple were caught in the middle of a minor traffic accident, after which a group of men surrounded their vehicle and attacked the couple. The boyfriend tried to shield his girlfriend with his own body, but they were both gunned down mercilessly by the attackers.

“There’s one person who dealt the fatal shot. But there were others who were standing by who dragged that poor woman out of the car,” Chicago Mayor Lori Lightfoot told reporters. “The man who was killed literally used his body as a shield and paid for that with his life.”

After shooting the couple, the attackers left the scene while Yasmin and Gyovanni lay in the street close to their vehicle. The father was pronounced dead soon after the attack at AMITA Health Saints Mary and Elizabeth Medical Center, whereas his girlfriend and mother his children died about three days later.

Following their death, a friend spoke about the couple’s love story and said, “I thought it was so cute.”

“They first met each other at a party, and it was over with from there. They fell in love with each other, and they spent years together. They made a family together,” said the friend, Jae Pacheco. “It was love at first sight.” The couple left behind their two children, Sofiya and Jayden, just days before they were to celebrate their younger child’s first birthday. Holding back tears, Jae spoke about Yasmin and said, “She was amazing. It may look hard for a lot of people, but Yasmin was such a great mom. She loved her kids so much. You could tell they were so loved, and they were so happy.”

With multiple shootings having taken place in Chicago this year, the mayor added, “The fact that that happened in our city, and so many individuals stood around and seemingly were trying to take advantage of this moment is a horrific statement.”

As news of the couple’s death spread, kind donors supported the family by donating to the GoFundMe page set up for them. The donations significantly exceeded the initial goal of $10,000, and the page has so far received $125,835.

“We are humbled by the enormous outpouring of everyone’s generosity and support during this difficult time,” said an update on the page that was posted on June 22, 2021. “Due to Yasmin’s tragic passing, the GoFundMe will be used for both services and the balance will be placed in a fund to care for their children and their education. We will update this page when we have more information on funeral services.”