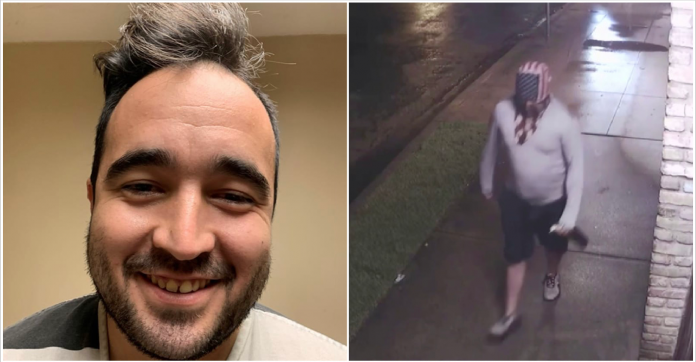 According to the police officials, the 30-year-old man is accused of arson and possessing a prohibited weapon. The suspect was arrested on Friday. He also has a federal charge pending. Authorities say the 30-year-old man has been arrested in connection with the fire-bombing of a country Democratic Party office that was caught on video. A threatening note, reportedly political in nature, was also left at the scene of the crime.

Authorities say that the surveillance video footage shows a man wearing an American flag bandana on his head along with a face mark, black shorts, dark tennis shoes and a gray t-shirt can be seen throwing an object at the front of the building. 5 minutes later, the same walks in front of the same building with a dark brown bottle in his left hand.

Another camera shows the moment the Molotov cocktail was thrown inside the county Democratic Party headquarters. Authorities received a tip that Ryan Faircloth was the man in the surveillance video.

Firefighters responded to the office fire in Texas just after the blaze took hold after receiving a 911 call. They say that the damage was minor. Investigators also located the suspect’s pickup truck on surveillance footage parked near the party offices around the time of the fire.

The defendant is also reportedly a suspect in a separate vandalism that occurred at a building housing administrative offices on the same night as the fire at the Democratic Party headquarters. This is a developing story and it will be updated as new information become available.