Man who shot woman, 21, over petty argument of dog feces tries to evade jail time by entering the insanity plea 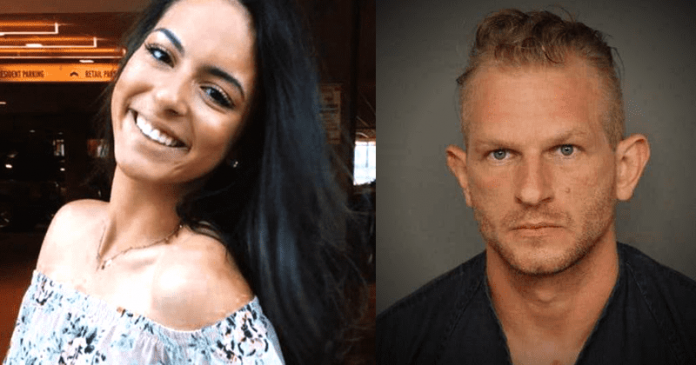 When 21-year-old Isabella was out with her boyfriend, walking their dog in Denver, Colorado. Little did the young woman know that she wasn’t returning home. As the couple was strolling around with their pet, they happened to pass a house that had a rock garden. When their dog pooped there, a 24-year-old man named Michael began yelling at the couple: “Are you going to train that f—ing dog or just yell at it?” Michael reportedly screamed from his window inside his apartment. At that, Darian and Michael exchanged angry words but the argument turned fatal, not for either of them but for young Isabella. As Darian was bending down to pick up after his dog, Michael pulled out a high powered semi-automatic rifle and began shooting at them. He fired at least 24 shots, wounding Darian but his attack killed Isabella. Authorities noted 18 shell casings outside Michael’s window and six others inside the apartment he resided in.

According to the report filed, the 24-year-old ran from the scene in his car but was arrested the same day. He was then charged with first-degree murder as well as over a dozen other counts, including possession of a prohibited large-capacity gun magazine. Additionally, his bond was denied.

At the time, Denver police homicide investigator Joseph Trujillo stated that Michael’s girlfriend, Chelsea Thompson told the authorities her boyfriend had been sobbing as he confessed his actions. He had cried and apologized even as he was being arrested. Chelsea added that Michael had been battling substance abuse as well as being diagnosed with a personality disorder prior to the shooting. He “was not mentally stable and had not been the entire time she knew him.”

Now, during his trial, Michael entered a plea of not guilty by reason of insanity, as per court records. It was also revealed that the AK-47 used to kill Isabella and wound Darian had belonged to a Denver police officer, Michael’s friend, and had been stolen by him.

“I’m furious. I’m so furious… What upsets me the most is the fact he knew right from wrong. He admitted to what he did, he even showed a sense of remorse after he did it… If someone knows right from wrong and that they screwed up, how is that insanity?” she said. “I’m speechless. I’m brokenhearted. I just miss Bella.” After all, she had lost her beloved daughter who had been a high achiever and a dedicated gymnast with a heart of gold in an accident not even of her own making. A GoFundMe page was started for the young woman in order to set up a small dog park “where ones actions will not hold back a community and families love for one another.”