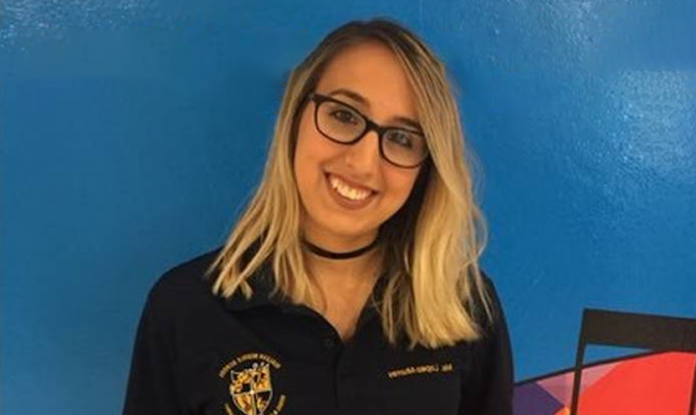 The 31-year-old teacher, Brittiny Lopez-Murray, and her 14-year-old former student exchanged texts detailing how much they ‘enjoyed being’ with each other, prosecutors say. The teacher would pick the victim after basketball practice, where the the two would allegedly engage in sexual intercourse in her car.

The alleged relationship was uncovered Saturday after the student’s sister saw explicit texts and photos between him and the teacher, leading to the female educator’s arrest on Monday.

The teacher from Florida, who was married in 2016, started the relationship with the teenager in August. Authorities say the teacher will be fired in light of her arrest.

‘All employees receive training and are expected to abide by the District’s Standards of Ethical Conduct policy. It is unfortunate that despite our efforts, the actions of some individuals run contrary to the behavior that is expected of them,’ the district said.

The 31-year-old teacher was charged with lewd and lascivious battery, molestation, and engaging in a sexual act with a child. This is a developing story and it will be updated as new information become available.