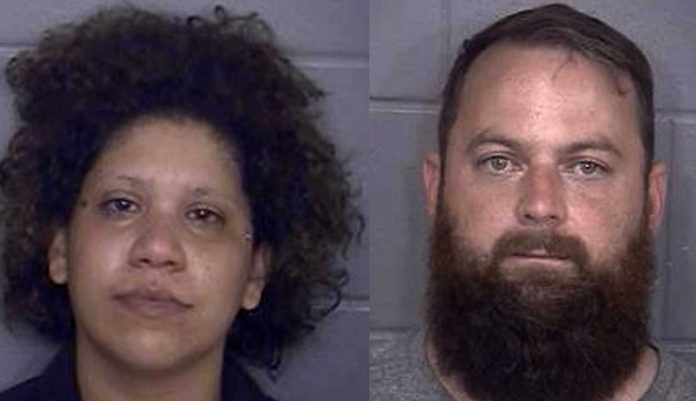 Both suspects are charged with first-degree murder in connection with the death of a 32-year-old woman. The 32-year-old woman is a Texas resident and she vanished last October. Authorities in Missouri were led to her body in mid-July by two witnesses. Authorities say that one of the witnesses was a 13-year-old girl the couple allegedly abused sexually.

That child told police that both suspects, Michael Hendricks and Maggie Ybarra, confessed to her that they murdered Aubry.

The 13-year-old girl also said they even showed her pictures of Aubry’s dismembered body.

Aubry’s was recovered after police obtained warrants for Hendricks’s property. They found her body, which was discarded in separate white garbage bags, buried in the yard near a newly installed septic tank.

Court records state that the couple strangled Aubry before dismembering her. They allegedly killed her to act out a fantasy of murdering a person while having sex.

Hendricks has been charged with enticement of a child and child molestation in the third degree for allegedly molesting the 13-year-old girl who helped lead police to Aubry’s body.

Ybarra has also been charged with enticement of a child as well as sexual misconduct, tampering with physical evidence and three counts of tampering with a victim.