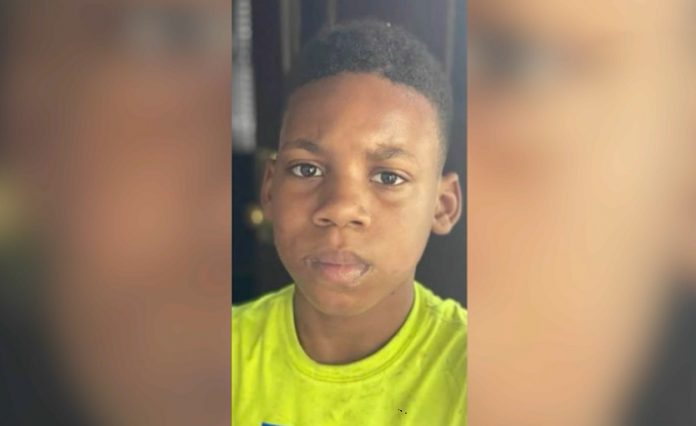 According to the police officials, 37-year-old mother is accused of fatally shooting her 12-year-old son over the weekend after becoming angry over a missing memory card. Prosecutors say the mom was charged with first-degree murder in the shooting death of her son. Police say the mother confronted the 12-year-old boy about 10:15 a.m. Saturday about the whereabouts of a digital memory card she had removed from her vehicle the previous night.

After the boy, Kaden Ingram, was unable to produce the memory card when, his mother, Fallon Harris, demanded it at gunpoint, she shot him. A witness found the boy unresponsive with a gunshot wound to the head about 10:30 a.m., police said. The boy was pronounced dead at the scene.

During a Sunday court appearance, prosecutors alleged that Harris was caught on a home security system firing a second shot at the boy that led to his fatality. Authorities say that audio evidence recovered from the home’s security system revealed that the first gunshot left the 12-year-old boy conscious and crying.

The mother from Illinois was taken into custody shortly after the shooting. The boy’s father and Harris’ estranged husband, Lavell Ingram, told authoriteis there have been concerns over her mental state for some time. He said that Harris had attended her first ever therapy session on Friday, just one day before the murder.

Family members said the mother had displayed paranoid behavior before. She had a concealed carry license and owned two guns. Prosecutors say the suspect is being held without bail and judge signed a health care order allowing Harris to be evaluated. Prosecutors say the woman faces a possible life sentence.